The Walking Dead: Is Jeffrey Dean Morgan Leaving As Negan? 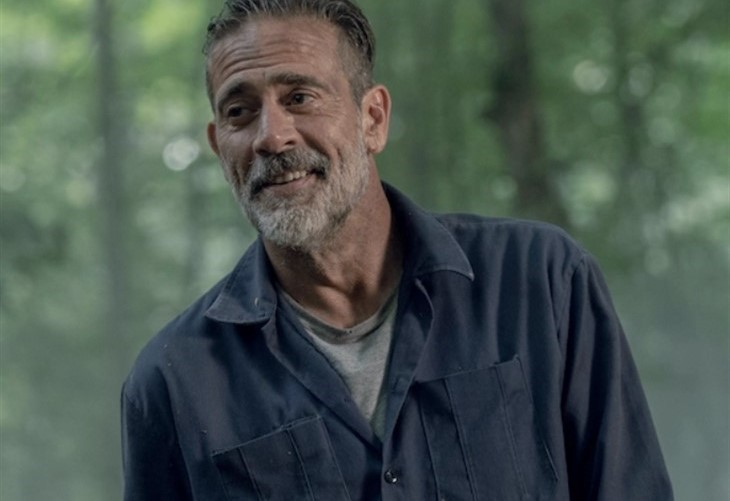 The Walking Dead spoilers and updates tease that fans are wondering where Negan (Jeffrey Dean Morgan) is. That’s why some fans are thinking that he’s leaving the show.

Negan is a famous character that’s known for beating Glenn Rhee (Steven Yeun) to death. During that time, he was the most hated character in the show. Who would have thought that he would become an important role in the series?

Negan became one of the saviors of Alexandria. He plays an important part in Maggie Greene’s (Lauren Cohan) mission to get food supplies in Meridian so that the Alexandrians can survive. They managed to defeat the Reapers and get the food they needed. After that Negan left on his own and fans are starting to wonder where he is.

Is Michonne Returning To The Walking Dead?

Negan and Maggie may have worked together for the sake of Alexandria but the pair have always struggled to get along with each other. In season 11, Negan ignored Maggie when she was about to fall from a train car and into a horde of zombies. As expected, Maggie confronted him for not helping her. Negan immediately answered that he didn’t try to help her because she was a threat to his life.

Fans know very well that Maggie can never forgive Negan for what he’s done to Glenn. However, they managed to arrive at a truce when Negan helped Maggie and the rest of the gang against the Whisperers.

With Negan’s help, Maggie managed to fulfill her mission but the truce also ended that time. Negan told Maggie directly that they can never be friends or allies. So he decides to leave the team because his life will always be at risk with Maggie around. He or Maggie will always be tempted to kill each other. In order to avoid a further confrontation that may lead to death, Negan decides to go out on his own into the woods.

The Walking Dead – Is Jeffrey Morgan Leaving the Show?

With Negan gone, fans are starting to wonder if the actor who’s playing the part, Jeffrey Dean Morgan, is leaving The Walking Dead. There has been no confirmation from the actor or AMC about his departure. Not only that, the actor was part of the cast who filmed the show’s last two episodes. Therefore, it can safely be assumed that his storyline doesn’t end on the ninth episode.