General Hosptial Spoilers – Felicia Wants To Go Back To Being PI 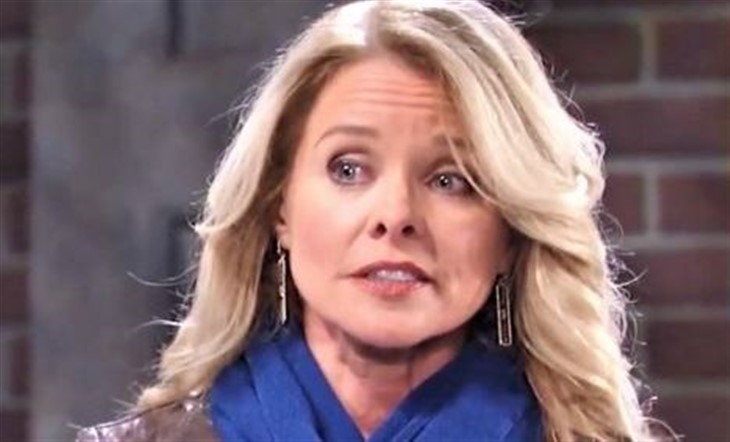 General Hospital Spoilers indicate partly thanks to Felicia Scorpio (Kristina Wagner), her daughter Maxie Jones (Kirsten Storms) is finally free of Peter August (Wes Ramsey). Anna Devane (Finola Hughes) thought it would be too dangerous for Felicia to go to Switzerland to find Maxie, who had been taken by Peter. And while Anna, along with Dante Falconeri (Dominic Zomprogna) and Drew Cain (Cameron Mathison) eventually figured out where Peter had taken Maxie, it was Felicia who figured it out first and on her own.

General Hospital Spoilers – Felicia Scorpio wants to go back to the PI business!

As longtime viewers may recall, Felicia was once a Private Investigator. She was extremely good at what she did, and it was this love of adventure that originally attracted serial killer Ryan Chamberlain (Jon Lindstrom) to her in the first place. Ryan has since moved on to Ava Jerome (Maura West) once he saw that Felicia was now happy as doting grandmother. But recent events may have convinced Felicia that she still wants to be where the action is. Maxie may not have been saved without Felicia’s help!

GH Spoilers – Sam McCall Has Been Looking For A Partner!

It wasn’t all that long ago that Sam McCall (Kelly Monaco) asked her mother, Alexis Davis (Nancy Lee Grahn) to work with her as a PI. Alexis has chosen to work for the Invader instead so Sam may still need some help. Perhaps she will see how effective Felicia was tracking down Peter and will offer Felicia to come work with her. Having gotten a taste of adventure all over again may lead Felicia to return to the world of private investigation. But if Ryan finds out, his obsession with Felicia could start all over again.

When and if Ryan recovers from “locked in” syndrome, he may decide that Ava wasn’t worth all the trouble and return to his original obsession: Felicia. If that happens, Felicia and all those she holds near and dear could be in danger once more. But given how Felicia handled Peter, Ryan may have bitten off more than he can chew.

Will Felicia return to PI work? Does Sam still need a partner? And could this cause Ryan to once again obsess over Felicia? Anything can happen in Port Charles so stay tuned to General Hospital airing weekdays on ABC. And don’t forget to check back right here regularly for all your General Hospital news, information and spoilers!