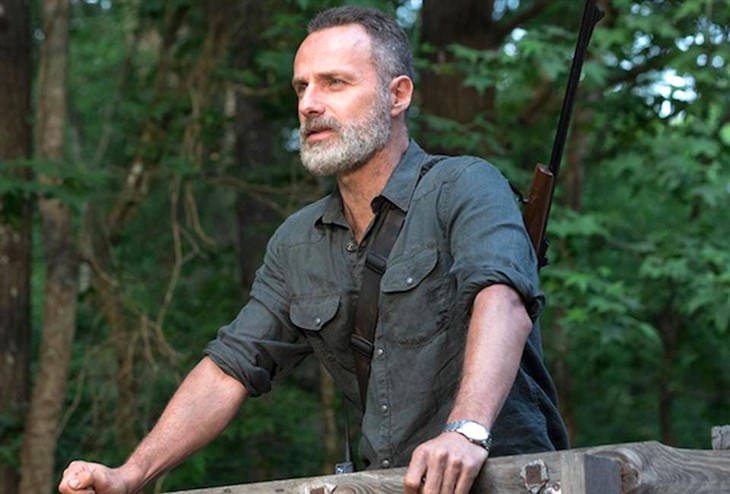 The Walking Dead spoilers and updates tease that fans are wondering if Rick Grimes will appear before the show ends. Questions started to spread after a fan posted a photo of Andrew Lincoln, Norman Reedus, and a fan was shared on social media.

Fans know that the show is currently filming its final episodes in Atlanta. So, it’s only natural for followers to go wild after knowing that Andrew Lincoln was in the area, too. An Instagram user with the handle, kingsuh1018, posted a photo of him, Lincoln, and Reedus.

“Being in the Restaurant business helps me meet some incredible people. Thank you, Mr. Reedus and Lincoln for coming by and trying our sushi. Such nice and humble guys!!! #walkingdead,” the caption read.

Because of this photo, many fans got riled up and started to ask if Lincoln was in the area just to say goodbye to the show or if he was there to film his last scenes for the show’s finale.

Viewers have not seen Rick since season 9. During that time, fans thought that Lincoln’s character was killed off. But it was then revealed that he was alive and was taken away in a helicopter.

Michonne Hawthorne (Danai Gurira) found a clue that Rick was alive so she went on a mission to find him in season 10. Rick’s exit has opened up opportunities for a new movie that’s in line with the show. However, there’s no news about a film. There’s no confirmation from Lincoln or the show bosses yet, but fans can still hope that they get to see Rick before The Walking Dead ends.

In the latest episode of The Walking Dead, Alden’s (Callan McAuliffe) fate has been revealed. Maggie Greene’s (Lauren Cohen) friend turned into a zombie after being locked in an abandoned church. Maggie returned to the church only to find Alden had turned, forcing her to kill her friend.

McAulifee opened up about his alter ego’s death. He said his stint on the show was much longer than he expected. He used to expect Angela Kang’s call about his exit. And when it did, the actor was like, “Oh, I guess that seems about right.’ I had a good run.”