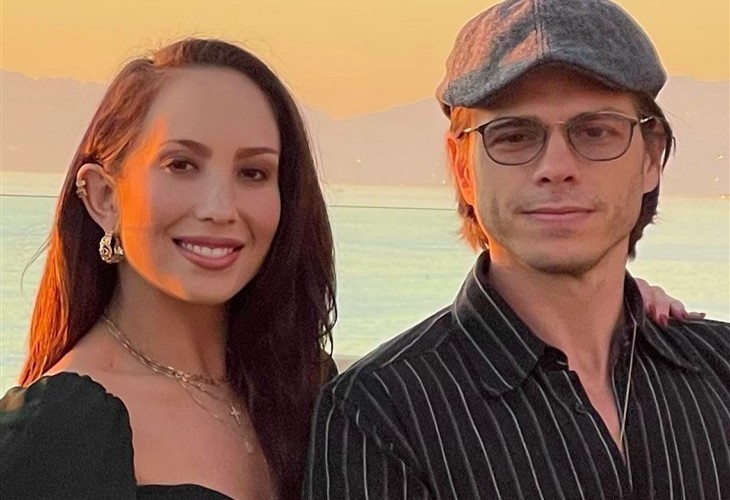 Dancing With the Stars (DWTS) news reveals that pro dancer Cheryl Burke has filed for divorce from actor Matthew Lawrence after almost three years of marriage. She filed the paperwork in Los Angeles on Friday, February 18, according to court documents obtained by Us Weekly. She listed the date of separation from the Boy Meets World star as January 7. Cheryl cited irreconcilable differences as the reason for the divorce and the documents indicated that the pair have a prenuptial agreement.

Cheryl has often credited her husband with supporting her through sober journey: “He is just my rock,” she told Good Morning America in October 2020. “I don’t know where I would be without him.”

Burke and Lawrence met when the latter’s brother, Joey Lawrence, appeared on Season 3 of Dancing With the Stars. They dated from February 2007 to February 2008, when they broke up. The couple got back together in 2017 and became engaged in May 2018, marrying in May 2019.

Cheryl’s last Instagram post with Matthew was in December 2021: “Wishing you a very Merry Christmas,” she captioned a photo of her and the Mrs. Doubtfire star and their dog.

Dancing With the Stars News – DWTS Pro Files For Divorce

Just days before their separation, Burke appeared on The Kelly Clarkson Show and said: “I love animals, but he has reptiles.” She said their marriage was a success because “opposites attract.”

She said of Matthew, “He has 45 to 50 reptiles that live beneath us. No snakes: That was the deal, no snakes. But when we dated a little over a decade ago, I knew I would be marrying a guy who loves reptiles.”

Dancing With The Stars (DWTS) News: Artem Chigvintsev Is Over Pneumonia, Will Rejoin The DWTS: Live! Tour https://t.co/udLK7fha3W pic.twitter.com/R6MPjprwLc

Dancing With the Stars News – Pro Dancer Files For Divorce

After they were married, Burke told Us in 2020 that she had, “a sense of ease and peace” with Matthew. Matthew acknowledged that the newlyweds were quarantining together and little tussles were bound to happen: “A lot of this I’ve actually learned from Cheryl. It’s just the constant communication. When you stop that communication and when you don’t try every day is when things start to slowly fall apart.”

Cheryl added, “I don’t know if being pregnant right now would be ideal for me,” but she admitted that she always wanted to be a mom.