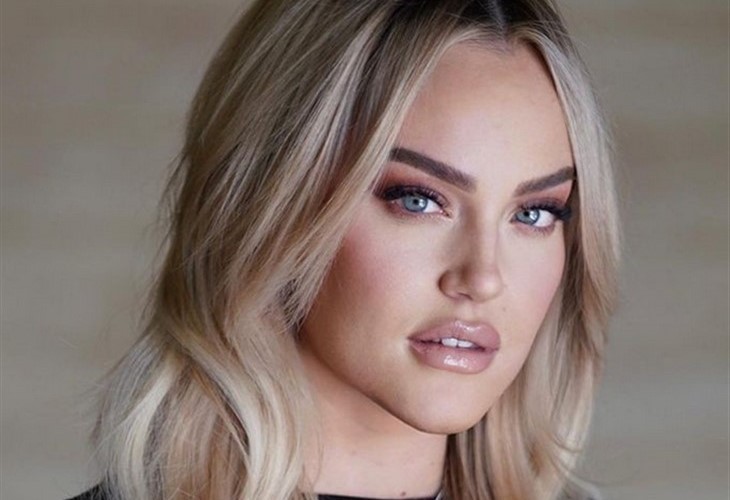 Dancing with the Stars (DWTS) fans probably recall Lacey Schwimmer from the ABC show. She and Kyle Massey landed runner-up in Season 11. Plus, she danced in five other seasons. These days, she keeps herself busy with Lacey’s Ballroom Project and her dancing outfit line. Well, she opened up this week and revealed that she felt unwell for years.

Dancing with the Stars & Other Commitments Hit Lacey Schwimmer Hard

At the moment, the Season 30 Live Tour takes place. Well, dancing can be terribly hard on the body. Just ask any contestant. Actually, people like  Hannah Brown got used to ice baths and massages. So, imagine doing it as a job!  Well, even dance heroes like Artem Chigvintsev fall ill from time, despite excellent fitness levels. He recently rejoined the tour after a bout of pneumonia.

When DWTS had Lacey Schwimmer as a pro-dancer, some ugly rumors started when Lance Bass claimed the judges just hated her. Well, she moved on from all of that and seems much happier off the show. At the moment, she’s busy dumping loads of photos from her trip to Italy. However, she took some time to discuss her health on her Instagram Stories.

Dancing With The Stars – Pro Felt Sad And Sick

Heavy reported that they saw a promo-looking post by lacey about living healthily. Apparently, it wasn’t listed as a sponsored post, so the outlet surmised that she might have just passed along what helped her.  Anyway, she said that she tried hard to look as healthy as she could, but she felt terrible.

According to the outlet, Lacey said, “I used drastic measures while on TV to appear healthy and in the end, it turned on me.” Anyway, she went through a really bad time and suffered from soreness for days on end. Sad and sick, she described how she put on weight and felt a lot of anxiety. She also added that her hands and feet “would swell randomly and ultimately my body couldn’t function properly. So uncomfortable, so sick, so sad.”

Dancing with the Stars – Much Better Nowadays Addressing Addressing Her Health

DWTS fans might be happy to know that these days, Lacey feels much better. Of interest, is that she shouted out Life By Design Wellness. In singing her praises for the changes to her health, she added, “Heal your gut. Eat enough calories. Take proper supplements. Love your life.”

Dancing With The Stars (DWTS) News: Artem Chigvintsev Is Over Pneumonia, Will Rejoin The DWTS: Live! Tour https://t.co/udLK7fha3W pic.twitter.com/R6MPjprwLc

Would you like to see Lacey back on Dancing with the Stars? Or do you think that she might as well stick with what she’s doing as she seems way happier these days? Sound off in the comments below.

Be sure to catch up on everything happening with the cast of Dancing with the Stars right now. Come back here often for more DWTS spoilers, news, and updates.