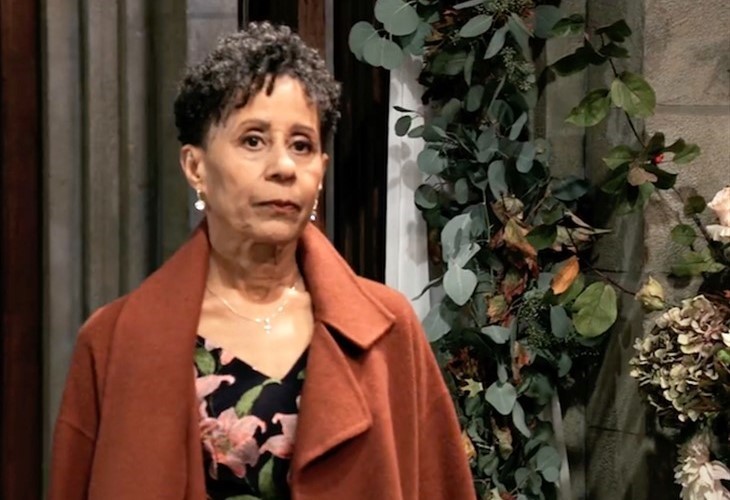 General Hospital Spoilers tease that Curtis Ashford’s (Donnell Turner) divorce from Jordan Ashford (Tanisha Harper) should have been finalized by now. Both Curtis and Jordan signed the papers and Jordan put the papers in her outbox to be mailed. But what neither of them know is that Curtis’ well-meaning Aunt Stella Henry (Vernae Watson) stole the papers. Unfortunately, Stella had a stroke and knocked over her drink on the papers, which were destroyed. Up until now, Stella hasn’t recalled what she did but that may soon change since Jordan is about to return to town.

Before her stroke, Stella urged Jordan to fight for her marriage. Jordan still loves Curtis, but all the secrets she has kept in her position of Police Commissioner caused a rift that Curtis didn’t think could be repaired. Curtis was tired of living a life. To that end, Curtis even gave up his career as a Private Investigator and is now the owner of Port Charles’ newest nightclub, the Savoy. As far as his personal life goes, Curtis has moved on with Dr. Portia Robinson (Brooke Kerr) and the two plan to live together while they search for a place both of them can call home.

Jordan has been away from Port Charles for many months while she recuperated from injuries she sustained in the line of duty. Both Curtis and Jordan will likely wonder why their divorce hasn’t yet gone through. Stella will have a disturbing memory and will divulge the truth that she took the papers and they were destroyed and never mailed.

Now that they are still married, with Curtis have second thought now that Jordan is back. And has Jordan accepted the divorce as a done deal? Although Curtis hates secrets, Jordan knows that Portia is sitting on a huge one that Curtis is obviously unaware of.

General Hospital Spoilers – Will Jordan Ashford Spill What She Knows?

When it looked as if they both might not live due to a gas leak, Portia blurted out to Jordan that she couldn’t die before she had the chance to tell her daughter Trina Robinson (Sydney Mikayla) the truth about her father. Portia thought Jordan was unconscious at the time, but after they were rescued, Jordan admitted that she heard Portia. Jordan also knows that Curtis and Portia had an affair years ago. She might have made the connection that Curtis is actually Trina’s father! But will she use that information to get Curtis back?

GHSpoilers – What Do You Think?

Will Stella confess that she stole the divorce papers? Will Curtis and Jordan start the process over? Or will Jordan spill what she knows Portia is hiding? Anything can happen in Port Charles so stay tuned to General Hospital airing weekdays on ABC. And don’t forget to check back right here regularly for all your General Hospital news, information and spoilers!