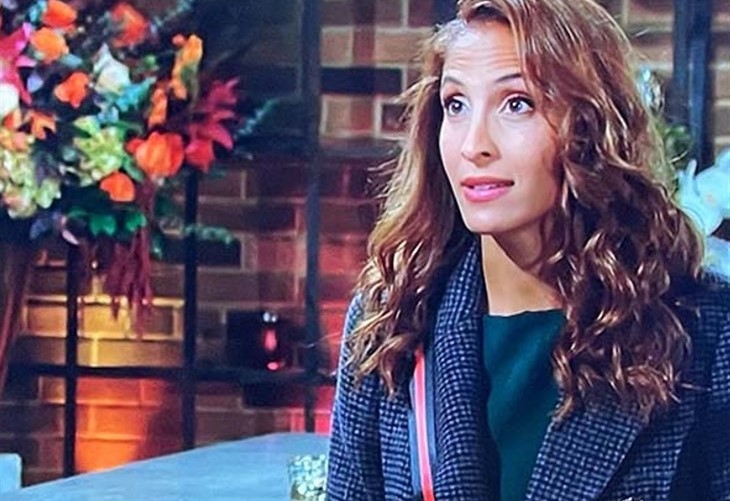 The Young and the Restless spoilers document that Lily Winters (Christel Khalil) receives a timely visit from her boss. Jill Abbott Atkinson (Jess Walton) chose Lily to head Chancellor Industries but has not fully turned over the reigns.

Jill established an extended mentor period, where Lily holds the Chief Executive Officer title. Walton’s character wanted to step back from the time commitment that is required to head a major conglomerate while also serving as a source of experience for Lily.

Khalil’s character is just settling into the job. Her initial hires include Billy Abbott (Jason Thompson), who remains a handful, Amanda Sinclair (Mishael Morgan), who is a solid pick as the company’s lead attorney, and Imani Benedict (Leigh-Ann Rose) who, like Billy, projects drama.

Billy has plenty of business experience. So, on paper, he does have a resume that could allow anyone to believe he could handle being CI’s, Chief Operating Officer.

But as Billy is starting on this course, he decides to add podcasting to his plate? That is a very Billy-like, split-minded thought.

Lily needs Billy to be on it. His sudden insomnia implies that he is unsteady and possibly unable to handle the tremendous level of responsibility he is tasked to handle. Lily’s personal feelings for Billy resulted in him being handed this job.

Y&R Spoilers – Imani Benedict Is The Other Wild Card

Imani has demonstrated that she can overcome negative personal feelings. She despised Amanda when first meeting her, not wanting to believe that Morgan’s character was her legitimate half-sister.

Time is demonstrating that Imani has the maturity to release grudges. But does she have the ability to handle corporate law?

Amanda has been touting Imani’s political connections. Rose’s character, like Thompson’s, benefited from her bloodline. Whether that makes her undisciplined in the workplace, as Billy has often been, is yet to be determined. So, Lily has an incomplete grade on the Imani hire to date.

Lily and Billy were co-heads of Chance Com. She was recruited to be a stabilizer for Jill’s son because Walton’s character believed that Lily could handle the responsibility.

The Young And The Restless Spoilers: Adam Turns The Tables – Victoria And Ashland Are Overconfident https://t.co/C0BWusLy11 pic.twitter.com/6HZbLX5izR

The media division slot proved to be a test run for what was to come. Jill’s choice is a gamble, but she wants to give someone she knows and trusts a chance to succeed. This pick also allows Billy to work for his mother’s business.

Lily’s leveled perspective gives her a chance to take CI to greater heights. But Billy and Imani’s dramatic personalities seem likely to clash.