Dancing With The Stars: Pray For Maksim Begs Wife Peta 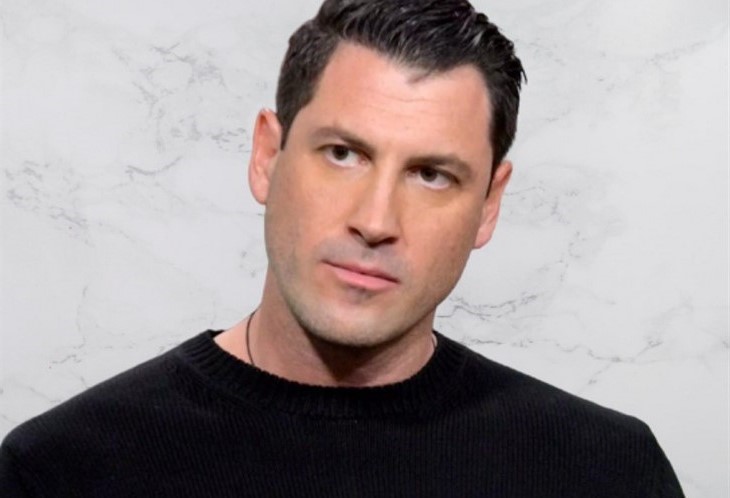 Dancing with the Stars (DWTS) fans heard that Maksim Chmerkovskiy is trapped in Ukraine. Naturally, Peta Murgatroyd, who doesn’t call the country home, is terribly distressed as war rages with Russia. So, she broke her usual personal rules about not dumping her worries on social media and begged for fans of the ABC show to pray for her husband.

Dancing With The Stars News – Pro Maksim Chmerkovskiy In Ukraine

Maks became popular with audiences in the USA, despite the fact that he criticized the judging back in Season 21. Whilst he laughed and looked happy while doing the show, he later hit out claiming that he feuded with DWTS producers. Well, he survived that and fans still like him a lot as he’s incredibly talented like his brother Val.

To this day, the Dancing with the Stars pro is popular and he still judges for the Ukrainian version of the show. If you don’t know, he originated from Odessa and arrived in New York back in 1994. Right now, he’s stuck in a war situation and told his followers that he’s safe. However, the dancers he worked with are engaged in the war. Meanwhile, back home, his wife Peta worries herself very much.

Dancing With The Stars News –  Peta Murgatroyd Calls For Prayer

Maksim Chmerkovskiy hides away for his safety right now as around him, reportedly,  Ukrainian men are forcibly drafted into a war they didn’t seem to ask for. Of course, war always has a terrible impact on the civilian population, and it seems really scary.

Additionally, the Dancing with the Stars judge is struggling with PTSD right now. So, Peta broke her rules about not taking her personal problems to social media and begged fans to pray for his safe return. Peta explained that her“pain is overwhelming.” So some “positive light” would “mean the world” to her right now.

Of course, many ABC fans sent in their comments that he was immediately on their prayer list. Of course, it’s not about one person. So, Peta also asked for prayers for the people who live in Ukraine as they face Russia’s military invasion.

Dancing with the Stars pro, Maksim Chmerkovskiy gets a lot of loving support from fans. Actually, every single day around the world, people die in war conflicts. Not many people pray a lot or cry rivers of tears for people who suffer. However, Ukraine seems to have struck a deep chord with the American public.

One fan said to Peta, “Been thinking of you, Maks, and Shai all day. I cried watching his videos. I grew up watching DWTS and have been to so many of your live shows. You have become family to me. Thinking of you all and sending so much positivity and love!”

Another fan promised, “YOU ARE SO STRONG!! Hang in there momma! I know mak is going to make it back safe for you and your sweet boy! All this is so unfair and unjust watching these videos breaks my absolute heart it’s a sad day. The Ukraine citizens and country are in my prayers.”