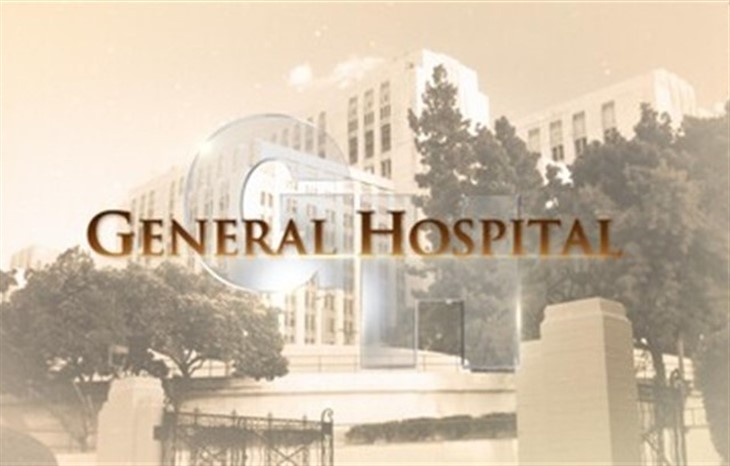 General Hospital viewers will recall from Friday’s episode of General Hospital that after telling Alexis Davis (Nancy Lee Grahn) he was leaving Port Charles and moving to San Francisco for a job, he went to Charlie’s Pub. Harmony Miller (Inga Cadranel) had earlier been talking to Willow Tait (Katelyn MacMullen) and had told her that she had tracked down her birth certificate and it would be arriving soon.

Harmony had lied, and did some very fast work to find someone in Port Charles that she could pay to forge Willow’s birth certificate; as she had just paid the guy off with a roll of bills, Shawn comes up behind her and confronts her! Shawn tells Harmony she would do well to watch her step in Monday’s General Hospital!

Next up in Monday’s General Hospital, TJ Ashford (Tajh Bellow) can’t believe his ears as someone appears to be telling him goodbye in an office at General Hospital. TJ asks why the person is talking like it’s over – this is likely to be his birth father Shawn giving him a heads up about his leaving Port Charles and moving to San Francisco for a job.

Meanwhile, back in the office of “The Invader”, the newspaper formerly owned by Peter August (Wes Ramsey) that Shawn had just bought, Alexis Davis (Nancy Lee Grahn) defends her friend Harmony to Diane Miller (Carolyn Hennesy). Diane is not so sure that Harmony can be trusted, and Alexis asks her if this is her way of saying she doesn’t trust Alexis’ judgment!

Next up in Monday’s General Hospital preview, Elizabeth Baldwin, (Rebecca Herbst) talks to Scott Baldwin (Kin Shriner) about the strange Franco Baldwin (Roger Howarth) connected goings on of late in Elizabeth’s life. General Hospital viewers will recall Elizabeth gave Betsy Frank (Deborah Strang) a call about the card she received and asked her to come to town to talk. Now, Elizabeth wants to know if Scott thinks Jake Webber (Hudson West) is trying to tell her something with these strange acts which include a migrating wedding ring and a slashed wedding dress!

Meanwhile, her “trying to be boyfriend” Hamilton Finn (Michael Easton) gives his younger brother Harrison Chase (Josh Swickard) some romantic advice of his own. Regarding Brook Lynn Quartermaine, (Amanda Setton) who has gone to Bensonhurst in the aftermath of having to give Bailey Louise Jones (Jett and London Prinzo-Berendt) back to Maxie Jones (Kirsten Storms) Finn tells him to go for it when she gets back, because you never know until you try!

General Hospital viewers will recall from Friday’s episode of General Hospital that Drew Cain (Cameron Mathison) went along with Carly Corinthos (Laura Wright) to Sonny Corinthos’ (Maurice Benard) penthouse, not sure if he had been told that Peter was dead. Dante Falconeri (Dominic Zamprogna) had already told him, while Nina Reeves (Cynthia Watros) was still there, having found Sonny drunk again at Charlie’s Pub and wanting to make sure he got home okay.

Carly and Drew walked in on Sonny with Nina still there, and saw her; Monday, Nina and Drew have an awkward encounter at Charlie’s Pub, Drew telling her they are not going to talk about Carly! Also in Monday’s General Hospital, Sonny and Carly try to hash things out as Carly arrives somewhere for a meeting with Sonny. Someone else is obviously there as Carly addresses the person behind Sonny telling them that she and Sonny need to get a few things straight!