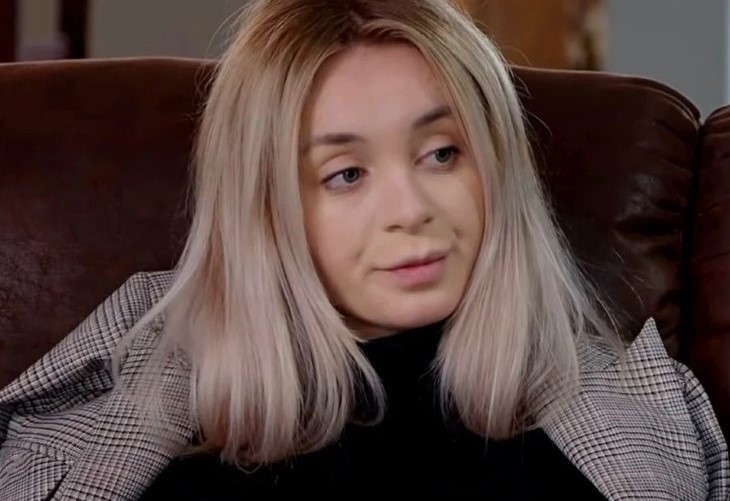 90 Day Fiance’ Spoilers reveal that Yara Dufren, who was born in Ukraine, says her friends and family are terrified. Yara condemns Russia’s invasion of Ukraine saying War could not exist in 2022.

90 Day Fiance’ Yara lives in Covington, LA with her husband Jovi Dufren and their 18-month-old daughter. Yara was born in Ukraine and was just weeks away from visiting friends and family for the first time. Now Russia has invaded Ukraine putting the country in turmoil and crushing her plans.

Yara, who was excited to make this trip home is now scrambling to assisted her friends and family. “It’s honestly really hard for me because, yes, I do live in the United States now, but Ukraine, it is my home. “I love my country, and it’s just so hard for me to even think that in 2022, in this world right now, war still exists, and people can kill other people for land and money,” Yara told Fox News Digital.

The 90 Day Fiance star says that her friends have told her about waking up to the explosions on Thursday morning. Yara says that one friend called her telling her about the bombings and explosions. Yara’s friend was scared and did not want to hear these things going on in her home country. Yara is very concerned about Ukraine’s lack of preparedness for this invasion. “They weren’t prepared. They don’t have enough water. They don’t have enough food. My sister called me and said she tried to go to the supermarket, but there’s not enough food anymore,” Yara said in the interview. Yara says she cannot sleep because she is so worried about her loved one there.

90 Day Fiance’s Yara’s family lives close to the border of Hungary and is not close to the explosion. However, Yara is concerned that her nephew could be called to join the military. Yara’s nephew is almost 18 and can be forced to join. Yara is afraid that her nephew would not survive if he was put in that position.

90 Day Fiance Rumors: When Did Ben And Mahogany Film Their Season? https://t.co/gc2RdPvRVY pic.twitter.com/DKCLfYCnuX

Yara says that the people in Ukraine are in a panic. Traffic jams are preventing people from leaving the country. Other people are beginning to try to steal money and other valuables. People are simply trying to save their families. Yara asks fans, “Pray for the people who live in Ukraine right now. They cannot get anything. I can’t even transfer money to them – it doesn’t work. For now, we need to pray. I’m just hoping everything will be good, and they will understand that war shouldn’t exist right now.”