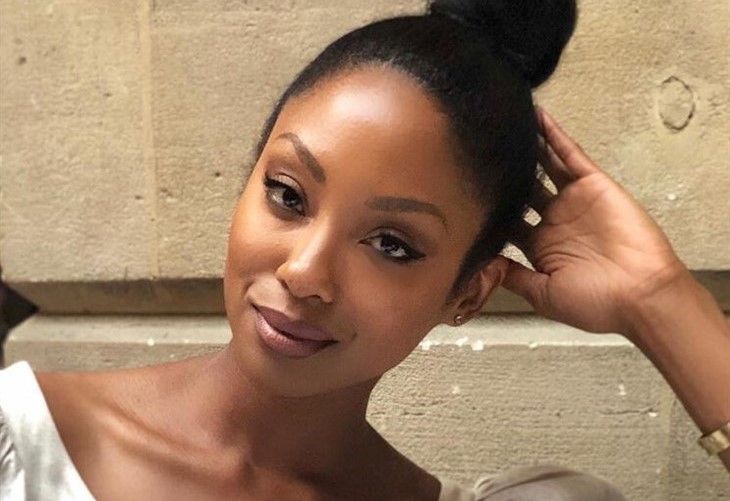 General Hospital (GH) spoilers and updates tease that sparks could fly between Drew Cain (Cameron Mathison) and Jordan Ashford (Tanisha Harper) when she shows up back in Port Charles soon. Curtis Ashford’s (Donnell Turner) making a major move forward with Portia Robinson (Brook Kerr) while Sam McCall (Kelly Monaco) moved on with Dante Falconeri (Dominic Zamprogna). General Hospital viewers can see Drew and Jordan already have plenty in common, with their worlds moving on without them, not to mention both have top notch bad guy taking down skills!

General Hospital hasn’t really shown if Jordan was keeping up with what has been going on in Port Charles as she received therapy for her damaged kidney, and she may not even know Drew is alive! Ironically, as longtime General Hospital viewers will recall, Drew was responsible for her needing a kidney transplant although it was totally an accident – all the sets of twins involved in those memory transfer experiments experienced literally blinding headaches.

They all experienced them at the same time, and he was in a parking garage and blacked out behind the wheel, pinning her to the wall. She received Ryan Chamberlain’s (Jon Lindstrom) kidney in June 2019, with Drew disappearing in August, 2019; if she doesn’t know he’s alive, that might be an interesting reconciliation when they encounter each other! More than likely though, since it appears she’ll start back into work assembling a team to deal with Victor, she probably knows Drew is alive and back because he is someone she will want on the team!

GH Spoilers – Drew Cain And Curtis Ashford Were Always Friends, But The Friendship Is Strengthening

General Hospital viewers will recall Drew and Curtis were always friends, but their friendship is strengthening as they try to figure out Marshall Ashford’s (Robert Gossett) past and determine if the threat Marshall worries about is still a danger. General Hospital viewers will recall that this isn’t the first investigation they have done together, although formally, Curtis is out of private investigation and running a club.

Who can forget that time when they had to dumpster dive for a case together and Drew tried to hold back his laughter as it was revealed big, bad Curtis was deathly afraid of rats – he actually screamed like a little girl! These days, the rats they have to watch out for are human ones and definitely more dangerous, especially if their names are Victor, or Joey Novak (Patrick Zeller)! Marshall, however took care of rat Joey since he was clearly seen as a menacing presence immediately before he ended up in GH!

General Hospital viewers will recall the issues that broke up Jordan and Curtis were mainly those related to her work – even though Curtis had been a private investigator for years and a cop prior to his drug problems years ago she excluded him. General Hospital viewers will recall the dangerous and secret ops Jordan engaged in while trying to take down Cyrus Renault (Jeff Kober) and she wouldn’t let Curtis help, and often kept secrets from him.

Jordan always considered Curtis a “civilian” and he resented it – but with this new team she’ll assemble to take down Victor, there won’t be anyone excluded as a civilian and that especially includes Drew. Drew won’t poach exes from relationships they are in, Sam McCall (Kelly Monaco) being an example, but he knows Curtis and Jordan are over, and Curtis is with Portia. Viewers can imagine if there’s a spark between Drew and Jordan after all these years and they’re both available, they’d have plenty in common to build on!