The Bold And The Beautiful Spoilers: Carter And Paris Take It To The Next Level 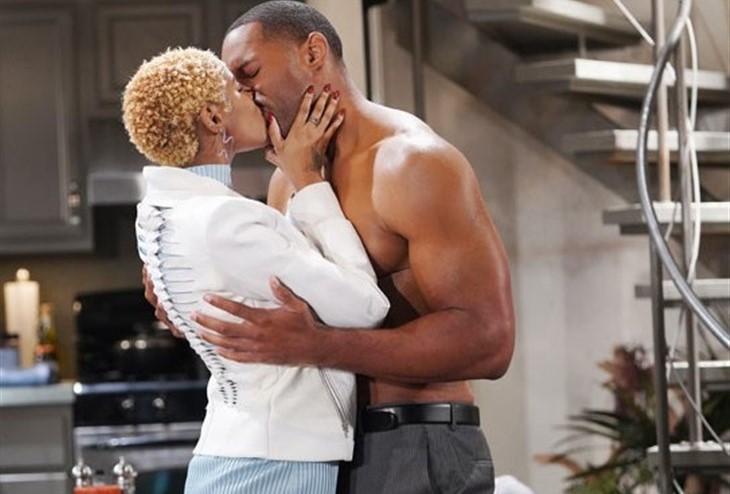 The Bold And The Beautiful Spoilers – Grace Buckingham Wants Her Daughter With Zende Dominguez And Warned Carter Walton To Stay Away!

Viewers of The Bold and The Beautiful will recall that Paris was just moving away from Zende Dominguez (Delon de Metz) and towards Carter when her mother, Grace Buckingham (Cassandra Creech) arrived in Los Angeles. Mama Bear Buckingham very quickly caught onto the attraction between her youngest daughter and Carter, being wary of him from what happened when he and her older daughter, Zoe Buckingham (Kiara Barnes) were involved.

This is when Carter had gotten way too involved with Quinn Forrester (Rena Sofer) and the two of them had fallen into an affair, with Zoe moving to Europe when she found out the night before her wedding to Carter was to take place! She’d broken up with Carter once before and Quinn was trying to help them get back together —well, she certainly didn’t do a very good job of it and almost got both herself and Carter out of a job in the process! Grace intends to draw on that sordid history to go to the Forresters with if Carter doesn’t stay away from Paris!

B&B Spoilers – Does Grace Buckingham Know Her Daughter Is The Aggressor?

Viewers of the Bold and The Beautiful will have noted that Grace is dead set on having Zende as a son in law even though Paris’ interest is in Carter, and she would have turned down Zende’s proposal of marriage! Viewers of The Bold and The Beautiful can find it understandable that Grace would think that her youngest should be paired with someone much closer to her own age, since Carter is a good ten to fifteen years older than Paris.

But does Mama Grace even realize that Paris is the aggressor, not Carter-viewers will recall in a recent episode that Paris came to Carter’s loft and basically threw herself at him, and he wanted to play catch! It was Paris’ idea to go non-mutual with Zende, and that’s because she’s been finding herself much more drawn to Carter, and it is mutual – both of them have had difficulty getting each other off their minds.

Viewers of The Bold and The Beautiful will soon see Carter and Paris take it to the next level regardless of what Grace’s opinions might be, and it could cause some problems since Grace is determined to reunite Paris and Zende! Mama Grace seems to have made the decision that her daughters do not choose good men, since two of them have been obsessed with Carter, and she’s going to make sure Paris is married to Zende whether Paris wants it or not!

Carter doesn’t want to wind up hurting Zende but Paris has been letting him down easy so maybe it won’t be an issue – unless Grace keeps inserting herself between Zende and Paris, which Carter and Paris both know she will! Paris may have to stand up to her mother and make her realize this is her life, and to butt out, so that she and Carter can follow their hearts and be happy!