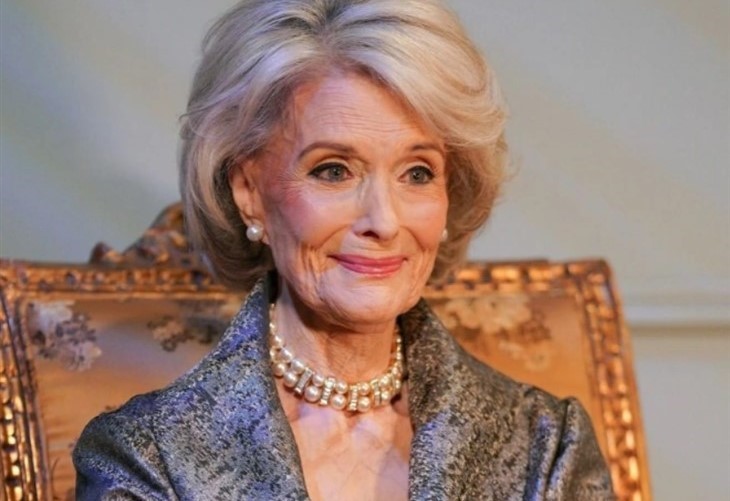 General Hospital (GH) spoilers reveal that the video of Helena Cassadine (Constance Towers) played at the memorial for Luke Spencer (Anthony Geary) may be much more than a simple last snark. Could the video contain important Cassadine intel, info that is key to Victor Cassadine’s (Charles Shaughnessy) agenda?

Let’s unpack what we know to date about this stunning conjecture.

Mayor Laura Collins (Genie Francis) is Luke’s ex and she has a Spidey sense about what Victor is up to, which is no good. Laura has expressed that she does not think it is a coincidence that Victor reappeared at the same time Luke was declared dead and the counterfeit Ice Princess surfaced. Helena Cassadine’s video stated that she wanted to have the last word at Luke’s memorial hence the tape that was played but not in its entirety.

For now the show has pitted the battle between Laura and Victor as the main event, but soon other players will get involved.

GH spoilers: Anna Devane Is About to Enter The Fray

Anna Devane (Finola Hughes) has been drawn into the fray and now that her battle with Peter August (Wes Ramsey) is over, she will have more time to try and figure out what Victor is up to. Laura cut off Helena’s video before it was over and savvy fans know that there is more to the story!

Helena is not to be toyed with, even if she is presumed dead. What is in the video message that was missed when it was prematurely stopped? Some fans are speculating that Helena has secret intel that Victor needs to launch his evil plan.

For now Victor has been trying to gain access to Drew Cain’s (Cameron Mathison) memories that were controlled by Peter August (Wes Ramsey). He was very specific that Drew was not to be harmed in Switzerland, but Anna was expendable.

Victor has intimated that the buried secret has a connection to a locale and could be the key to his life’s work. If Victor can’t get the info he needs from Drew will he get it from Helena’s video? It looks like the rest of the unseen video ties into Victor’s situation. For now he appears to be baking Port Charles, New York with an unseasonable heat wave—is his secret a weather machine? Stay tuned fans, the truth could be stranger than fiction!