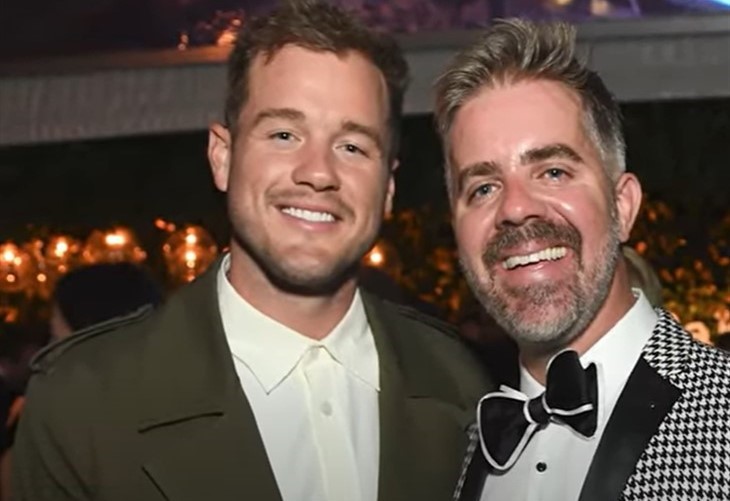 Bachelor fans might never know the real reason why Cassie Randolph dumped Colton Underwood soon after his recovery from covid-19. Well, ABC fans think she dodged a bullet when she did, as he later came out as gay. This week, he announced that he became engaged to Jordan C. Brown, and admittedly, he seems like a much happier person these days.

Colton became famous during his season on ABC for leaping over the fence and running away into the night. At the time, appreciative audiences applauded and cheered at all the drama. However, he probably ran from himself rather than his contestants like Demi Burnett. At the time, possibly no fans imagined that he might come out.

Rumors came that Bachelor fans might see Colton on Dancing with the Stars. He told Extra TV “For me, when I get overwhelmed when I get in that moment, I need to be myself, and in that moment I left the show. I needed my space, I needed my time, and I needed to get away — I had to get over a fence to get my freedom.”

Well, when he came out, he found the freedom to acknowledge his gender preferences. The news that he and Jordan C. Brown plan to tie the knot arrived via Colton’s Instagram on February 28.

Taking to his Instagram on February 28, Colton Underwood posted a nice photo of them together. In his caption, he said, “Life is going to be fun with you.” Of course, plenty of celebs turned out to congratulate him. Savannah Chrisley was one of the first. She said, “Congratulations!! 🥳🥳.”

Of course, many Bachelor fans also sent in many congrats. One of them said, “❤️❤️❤️ congratulations to both of you, wishing you all the love this crazy world has to offer you both, I’m beyond excited, and I’m excited to see all the good things that are going to be happening with you two together.”

Bachelor Spoilers – Colton Underwood Opened Up About His Engagement

Before the Bachelor alum posted it on Instagram, he spoke with People Magazine. The ABC star said, “I’m extremely happy! 2021 was the most transformative year of my life,” adding, “Starting 2022 off with my best friend, teammate and now fiancé is something I never thought was going to be possible.”

Be sure to catch up on everything happening with the ABC cast right now. Come back here often for more Bachelor spoilers, news, and updates.