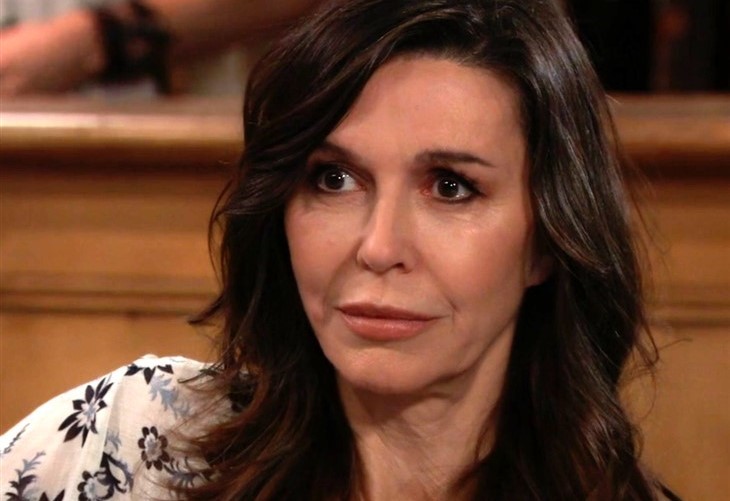 General Hospital Spoilers – Peter August May Be Dead, But A Threat Is Still Out There

General Hospital viewers know that while Peter August (Wes Ramsey) may be dead, there is still a threat out there as long as Victor Cassadine (Charles Shaughnessy) has not been taken down and brought to justice for his crimes since the WSB immunity deal!

General Hospital viewers will remember that the only reason Victor even tolerated Peter was he wanted the key to controlling Drew, which may or may not have had anything to do with the tarot cards and commands.

Even Peter himself had said they were a backup method his father Cesar Faison (Anders Hove) had developed, to activate and deactivate those that were under the “soldier control” which Drew underwent when he was on Cassadine Island the first time.

This was after the memory transfer between Drew and Jason Morgan (Steve Burton) failed with Jason; and when he came to Port Charles as Jake Doe, Dr. Patrick Drake (Jason Thompson) removed a control chip from his brain which very well could have been that “key”.

General Hospital viewers will soon see Anna receive a mysterious call asking her to meet a just as mysterious person, and whatever takes place in that conversation will make Anna suspicious. Even though Victor may be behind the call, he knows calling Anna directly would be much too obvious and his main henchman, Johann Bauer (Max Decker) is already under WSB scrutiny for the cable car crash that killed Luke Spencer (Tony Geary).

The person calls from a burner, or untraceable phone and the person may use voice-disguising software; the call leads Anna to fear that Drew may be facing impending danger, perhaps from Victor or someone in league with him! General Hospital viewers can imagine that Anna may think she’s being drawn into some sort of trap, which would prompt Drew to come to her rescue, much in the same way that Dr. Hamilton Finn (Michael Easton) was when Anna was kidnapped.

Finn tracked her to a clinic in Canada, where he was forced to find a cure for Cassandra Pierce, (Jessica Tuck) who was intercepted by none other than Nikolas Cassadine (Marcus Coloma) on the way back to the WSB-probably under the orders of Victor!

General Hospital viewers will see Anna warn Drew, telling him about the call and also delivering a warning that he should watch his back; General Hospital viewers can expect that she will bring others into the loop as well. Anna knows she must again assemble a team whom she can trust; because as she found out in Switzerland, the WSB is full of plants sympathetic and loyal to Victor, who was the head around twelve to fifteen years ago!

Anna will likely bring in Robert Scorpio (Tristan Rogers) even though he’s retired WSB, possibly Valentin Cassadine (James Patrick Stuart) if he’s able and available and Dante Falconeri (Dominic Zamprogna). She is not about to go to that address alone and even though the phone is supposedly untraceable there are ways around that – like triangulating cell phone towers that the call pinged off of. Meanwhile, Drew will be watching his back and likely pestering Anna to let him be included in the team!