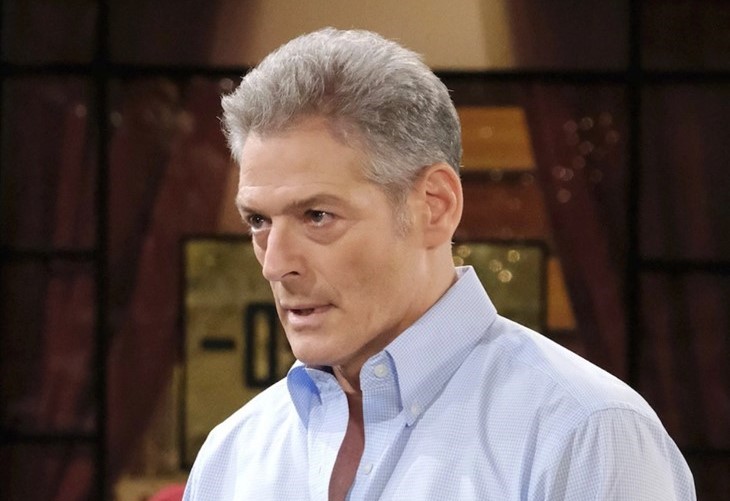 DOOL spoilers reveal that Nancy Wesley (Patrika Darbo) came to Salem in tears. Nancy was convinced that her husband was cheating, which she shared with Brady and Chloe. Shortly after Nancy’s arrival, Craig came back to Salem. Craig managed to smooth things over with Nancy only to have Chloe overhear him talking romantically to someone on the phone.

Days Of Our Lives Spoilers: Abigail Has A Confusing Reunion And An Emotional Homecoming

Eventually, Chloe coerced Craig into telling Nancy the truth. Nancy is devastated and angry, which she spoke to Marlena Evans (Deidre Hall) about.

Craig asked Chloe to meet his secret boyfriend, who decided to come to Salem. Chloe was torn about it as she wanted to support her mother. At the same time, Chloe felt that she needed to support her father, too. Chloe asked Brady to come with her, but Craig was stunned when they already knew Leo.

Days of Our Lives spoilers reveal that Brady tried to give Craig a mini-summary of Leo’s antics in Salem. However, Leo was able to smooth things over with Craig. Frustrated, Brady and Chloe will need some help to protect Craig.

Speaking to Soap Opera Digest, Rikaart teased what fans can expect from Leo this time around.

“I found out that I was coming back to be the love interest of a character who had been there. That relationship would, of course, have ramifications for other characters on the show, who are not at all pleased about Leo’s return and also his involvement with that character. There becomes multiple efforts from many different people to try and sabotage that relationship, much to Leo’s chagrin.”

What do you think of Greg Rikaart’s return to Salem? What do you expect will happen with Leo and Craig? Is Leo committing another scam or could it be true love this time? Share your thoughts and remember to keep watching the NBC soap to see what happens next.