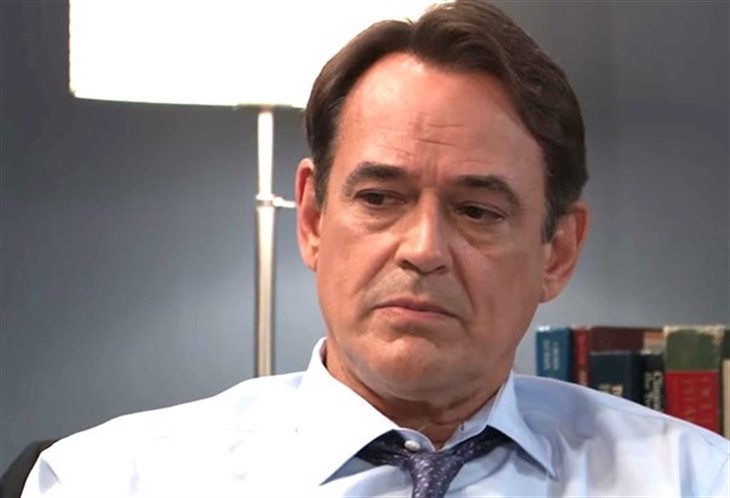 General Hospital viewers know that Ryan has likely been faking his locked-in syndrome all this time anyway, since he is not supposed to be able to do anything except blink his eyes! General Hospital viewers will clearly remember when he was rolled out of his room in GH and taken first to Pentonville, after Ava practically dug her fingernails into his hand and he didn’t even flinch. But Ryan also was plainly smirking afterwards, and he’s been caught smirking a couple of times since he has been housed at Spring Ridge; viewers are surprised that he’s waited this long to make a move!

Perhaps he’s waited until his helper arrived – to provide distractions and help him set up his escape; viewers know that has to be Esme Prince (Avery Kristen Pohl) even if she is a little limited in being able to communicate with Ryan, thanks to Kevin! Of course, there is always the possibility that Esme also helped him switch with Kevin again – after all she lives in his house, although with Laura Collins (Genie Francis) home things are a little more complicated.

GH Spoilers – Ryan Chamberlain Is Likely Not “Over” Ava Cassadine

General Hospital viewers can imagine that Ryan is probably nowhere near being “over” Ava, even though she made her disdain for him and her rejection clear that time she stabbed him in the back with his own knife! Longtime General Hospital viewers know, however, that it takes more than that to dissuade Ryan from pursuing a romantic obsession – his obsession with Felicia Scorpio (Kristina Wagner) went on for years, and Ava was the only woman who could turn his head.

Perhaps Ryan finally reached his middle age crisis, and wanted a newer model for his obsession, and he has never shown any signs of moving on beyond Ava in spite of her rejection of him – stabbing him in the back with his own knife probably impressed him! Viewers can imagine seeing her in close conversation with a much older man would really put a knife in Ryan’s ego; and Victor’s got to be in at least his 80s!

General Hospital viewers will see Ryan luring Victor in for the kill, even though Ryan mainly kills women-he has killed a couple of men in his time, as longtime General Hospital viewers will recall. Ryan doesn’t realize this older man is a Cassadine nor would he care – he would not be intimidated by the Cassadine name; however, Ryan is out of the loop if he thinks Victor and Ava are involved!

Ryan may however not realize that Victor has henchmen lurking everywhere and that eventually could be his downfall, not to mention PCPD and WSB agents; but for now he’s merely out to eliminate his competition! It will also send a message to Ava; and Nikolas will be in great danger from Ryan, once he realizes it’s him Ava’s with and not the old guy!