Days Of Our Lives Spoilers: Belle Confronts Chad About His Testimony At EJ’s Trial 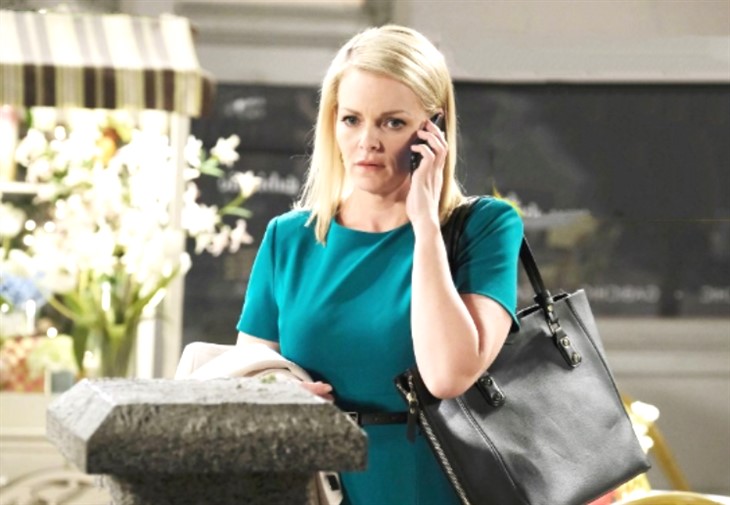 Days of Our Lives spoilers and updates tease that Belle Brady (Martha Madison) will soon confront Chad DiMera (Billy Flynn) about his testimony at EJ DiMera’s (Dan Feurreriegel) trial in an upcoming episode of Days Of Our Lives!

Days of Our Lives viewers will recall that thanks to Chad’s skewed testimony, EJ is now in prison with his attempted murderer Clyde Weston (James Read) as a roommate, and Belle needs to get the charges thrown out on appeal! The first thing she does is contact Chad after his arrival home to Salem and she wants some answers as to why he changed his mind about his testimony.

Days of Our Lives viewers will recall that Johnny DiMera (Carson Boatman) bedeviled both EJ and Chad, not only sweet talking EJ out of all his DiMera shares, making himself the CEO, but choking Chad on the stand! Johnny DiDevil wanted to make sure EJ stayed in prison, so he impersonated EJ and made a pass at Abigail DiMera (Marci Miller) and arranged for Chad to see it so Chad wouldn’t testify in EJ’s behalf! Chad was so angry he didn’t even think about telling the story to Belle – and EJ was immediately convicted and hauled away!

Days of Our Lives viewers can expect that as soon as Chad returns and gets Abigail settled and other matters that he has to attend to upon his arrival back in Salem taken care of, he’ll get a call from Belle to meet up. Belle wants to know what happened to her star witness that was going to turn the tide against her client, and his brother, and result in his being convicted and imprisoned!

Days of Our Lives viewers can expect that EJ would deny Chad’s allegations and he did, when Chad confronted him before he was processed into Statesville; viewers will recall it was quite the confrontation. But the situation never got addressed with Belle, or she could have tried to debunk it; instead Chad was angry and refused to testify in a manner that could have saved EJ. It seemed like Chad just had done a 180 on his brother at the last minute in the courtroom!

Days of Our Lives viewers can expect that Chad will try to explain what happened to him on the stand when he felt like he was being choked, as well as finding EJ all over Abigail when he had gone into the witness room! Days of Our Lives viewers might expect that Belle may get a clue that this wasn’t just a case of normal courtroom antics as things like this have happened in Salem before – when her mother was possessed by the devil!

Belle is more impacted by Chad talking about the feeling of someone physically choking him up on the stand, although she listens as he tells about EJ’s pass at Abigail as well. Belle decides she wants to hear it from Abigail if she’s up to it considering she’s freshly back from being kidnapped, and Chad will ask her about it. Belle knows that there’s something unusual going on and she intends to get to the bottom of it to help EJ!