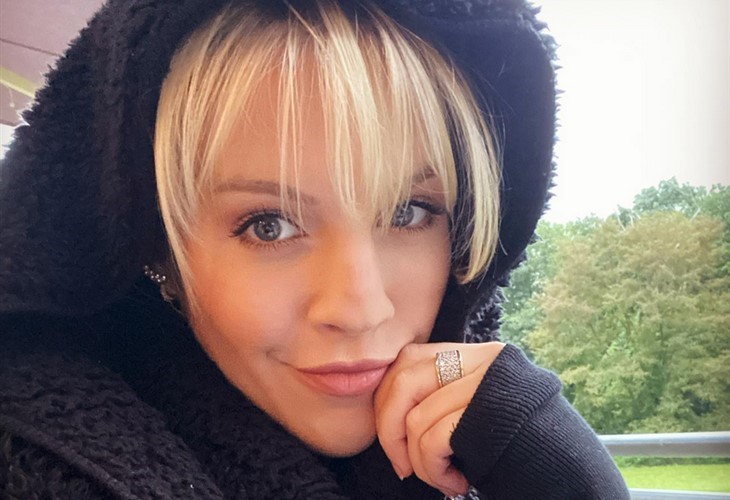 General Hospital’s Alderson posted this heartfelt message in honor of her grandmother last night. “My Granny, Gloria, was so incredibly beautiful from the inside/out and had the BEST sense of humor. When she made eye contact with me, the whole world would disappear and I would feel the deepest love.

She had a way of doing that, making you feel like the most special person in the world. I’ll miss making her laugh, I’ll miss her making us laugh (which was often, she was so much like Betty White), I’ll miss taking her out to lunch, but most of all, I’ll miss my mom and me snuggling with her in her tiny nursing home bed. Love you forever Granny.” Kristen was obviously very close to her grandmother and our thoughts are with her at this difficult time.

Kristen began her acting career on One Life To Live when she started playing Starr Manning at age 6. Starr was the daughter of Todd Manning (ex-Roger Howarth) and Blair Cramer (ex-Kathy DePaiva). Alderson held this role until the cancellation of OLTL in 2012.

Starr was one of three OLTL characters that moved to General Hospital. Starr’s daughter and boyfriend were killed off on the way into Port Charles in a car accident caused by Anthony Zacchara (Bruce Weitz). Although at the time Sonny Corinthos (Maurice Benard) was blamed. Michael Corinthos (Chad Duell) and Starr were together until Starr was written out and Alderson was given the new character, Kiki Jerome. Kiki was the daughter of Ava Jerome (Maura West) and Silas Clay (ex-Michael Easton). Alderson left General Hospital in 2015. 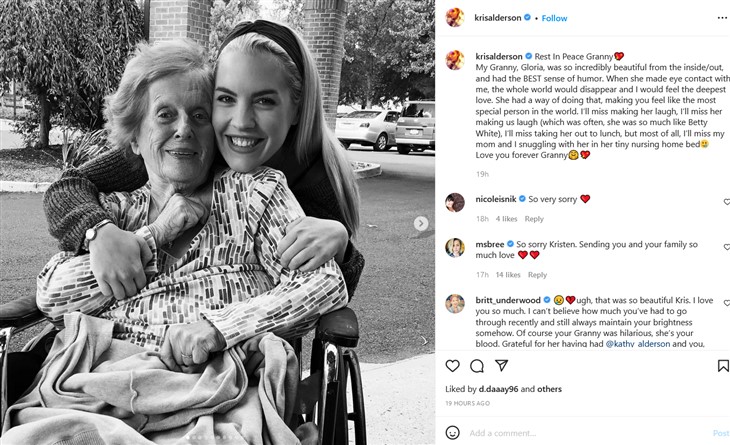 Since leaving General Hospital Alderson has expressed her desire to return but that hasn’t been the case. Alderson has taken on other gigs and interests. In 2018, Alderson returned to the stage as part of the New York City-based Theater Row musical, The Marvelous Wonderettes. Alderson admits that she would be thrilled to bring back Starr Manning because she is a part of her.

Alderson loves the soap world but had to leave in 2015 because of her brother, Eddie Alderson’s cancer. Alderson is very close to her brother and it was important to be with him at this time.

Fans would love to Starr to come back to town. Starr could certainly offer up some competition for Michael after all these years. Will Alderson come back to GH in the future? Keep watching to find out.

Be sure to catch up on everything happening with GH right now. Come back here often for General Hospital.