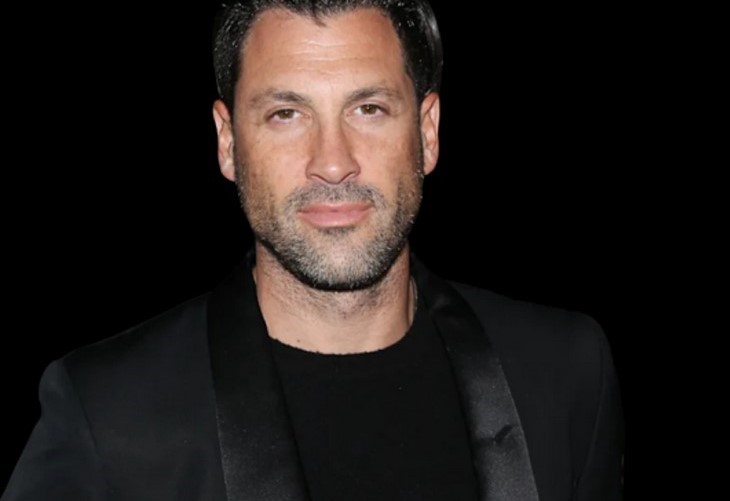 Dancing With The Stars pro, Maksim Chmerkovskiy, and his wife Peta Murgatroyd were held up in prayer and positive thoughts by fans. Trapped in the country of his birth, naturally, Peta worried as many young men were reportedly drafted into the war. Now that he’s out of Ukraine, he claimed that he feels terribly traumatized. In the meantime, Peta was seen out and about in Malibu for the first time.

Dancing With The Stars – Maksim Chmerkovskiy In Poland

Peta Murgatroyd feared so much for her husband and all she wanted was for him to get out of the warzone safely. About a week ago, fans heard that Maksim struggled with PTSD. Breaking her silence about her personal problems, Peta broke her rules about not taking her worries to social media. Asking for prayers, she said that her “pain is overwhelming.”

Dancing With The Stars fans heard with some relief, that Maksim Chmerkovskiy planned on getting out of the country after he ended up arrested. However, he claimed that was the least traumatizing part of his whole experience. He hated seeing the devastation and the fear as Ukrainians fled for the borders with Europe.

Dancing With The Stars – Peta Murgatroyd Seen In Malibu

Maksim Chmerkovskiy undertook a  train ride alongside women and children who fled to the border. Fortunately, he arrived safely in Warsaw, Poland this week. Taking to his Instagram, he told fans that he felt so traumatized that he probably needs plenty of therapy to cope. Additionally, he struggles with guilt as he escaped and so many people have not been able to.

Dancing With The Stars fans probably cannot imagine the relief that Peta felt when she heard the news that Maks was out of danger for the time being. Hopefully, the war does not spread to other nations in Europe. The Daily Mail reported that she was seen out and about in Malibu as she ran some errands.

Dancing With The Stars – Some Light Moments

The outlet reported that the wife of the Dancing With The Stars pro was with another woman. While she toyed with her phone, she looked a bit down. However, some lighter moments apparently went down for Peta Murgatroyd. She even managed to laugh a little bit.

It’s been only about a week since Russia invaded Ukraine, and Maksim is just one of more than one million people who fled. NPR reported that about two percent of the population left the country. Actually, many of them left their men behind to defend their country. Naturally, they don’t know if they will ever be reunited.