Dancing With The Stars Spoilers: Sharna Shouts Out Maksim 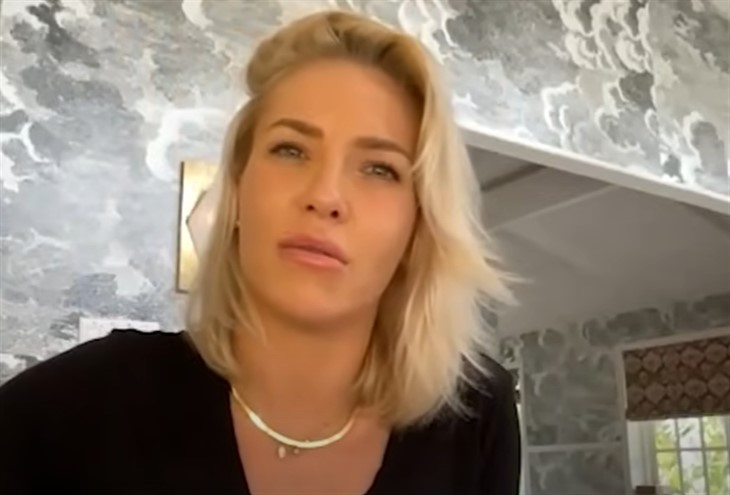 Dancing With The Stars fans heaved a sigh of relief when they heard that Maksim Chmerkovskiy made it back safely to Los Angeles from Ukraine. While a lot of fellow cast members thought of him during his traumatizing ordeal, Sharna Burgess stepped out of her comfort zone to give Ukraine an extra shoutout as well. Bear in mind, she’s pregnant and has other things on her mind.

Many ABC fans feared for Maks when they found out that he was in Ukraine when the war started. Recall, the pro-dancer and judge still works with the Ukrainian version of the show. His wife Peta broke her usual privacy and called out to fans to pray for his well-being. Well, he later ended up being arrested. Fortunately, as he’s an American citizen, they didn’t force him to take up arms against Russia.

Dancing With The Stars fans heard that Maks suffers from survival guilt and trauma after a harrowing escape via train to Warsaw, Poland. Finally, his wife was seen out in public in Malibu. No doubt, she felt very relieved that he was on his way home. While some people might just leave it at that, Sharna Burgess went the extra mile for him and the people of Ukraine with her shoutout.

Dancing With The Stars – Sharna Burgess Speaks About Ukraine

A week ago, when the news about Maksim Chmerkovskiy came out, Sharna reposted his video. She said that she didn’t know what to say to help him and his family feel better. Then, she said that she just wanted him to stay safe and come home. It also broke her heart that a friend and colleague had to experience such a terrible thing as war. Well, she clearly had Maks on her mind again on March 3.

Dancing With The Stars expectant mom, Sharna took to Instagram again the day after Maks got home safely. In that post, she said, “Current me is really looking forward to the day that Ukraine is no longer at war, and innocent people aren’t dying.” Then, obviously thinking of Maks, she asked fans to “please stay present, and please donate if you can.”

Dancing With The Stars fans took to the comments section of Sharna Burgess’ post. One of them said, “My thoughts and prayers are with Ukraine @sharnaburgess and i’m sending them love 🙏❤❤❤❤❤❤.”

Others also read the caption, and similar comments arrived. It seems that with Maksim home, a lot of people won’t just start forgetting those people he left behind in Ukraine.