The Bold And The Beautiful Spoilers: Carter Takes A Chance On Love With Paris – New Couple In LA 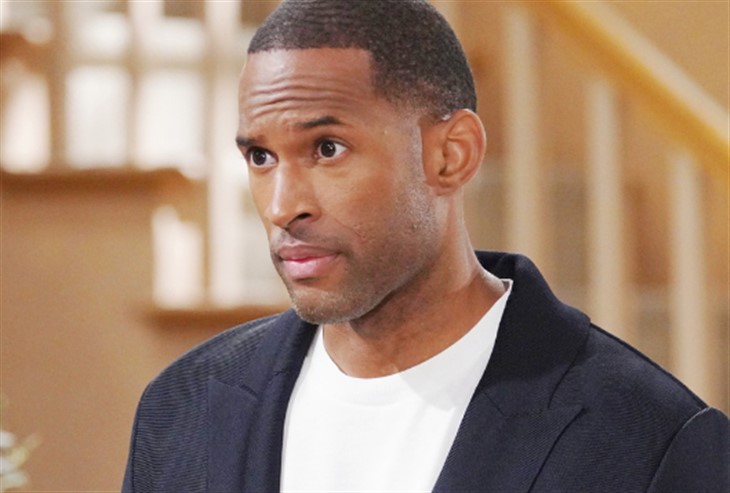 The Bold and the Beautiful spoilers document that Carter Walton (Lawrence Saint-Victor) tried to resist becoming more involved with Paris Buckingham (Diamond White) than he already had. But her persistence paid off, and Carter relented.

Grace Buckingham (Cassandra Creech) was direct when telling Carter what would happen if he did not sever his connection with her daughter. Carter knew if he did not tell her they were done, Grace promised to tell Ridge Forrester (Thorsten Kaye) what she knew.

Shireen Crutchfield (Sequoyah), who is also an accomplished singer, has played a recurring model character on B&B through the years. She recently went beyond exchanging bits of dialogue during a fitting in Forrester Creations executive office.

Sequoyah likes Zende Forrester Dominguez (Delon de Metz). Many of the models do as various people at FC have told him.

Zende’s heart was with Paris. But he accepted Sequoyah’s offer to go out because White’s character recently let it be known that they are not exclusive.

Paris let Zende know that she did not want to settle down at this point in her young life. That exchange happened when Carter purposely texted Paris, knowing that Zende was about to pop the question and present her with a beautiful ring Quinn Fuller (Rena Sofer) created for the occasion.

Paris underplayed Zende’s feelings when making her pitch to Carter. She knows that Zende said he wants her to be his wife someday.

As for today, meaning modern times, Paris’ interest has strongly shifted to Carter. They have chemistry, as she said. That is what was lacking with Zende, who she sees as a nice guy.

When Paris looks at Carter, she sees a nice guy and feels passion. That spark is the genesis of what could develop into love. The uniqueness of her feelings for Carter is influencing her belief that he, not Zende, is the right man now.

The Bold And The Beautiful Spoilers – Carter Walton Risking His Reputation?

As he told Paris, Carter has not been good with relationships through the years. That insecurity is one reason why he has been hesitant to commit to her. The other is Paris’ mother.

Cassandra made an impact on Carter’s psyche. He fears that her threats will come true, with the Forrester’s feeling he has betrayed their family again.

However, Zende can not claim that Paris is committed to him. So, has Carter wronged Zende or the Forrester family?

Viewers will likely learn the answer, as Carter and Paris’ intensifying relationship seems destined to be revealed soon.