The Young And The Restless Spoilers: Kevin’s Search For Michael Hits A Dead End! 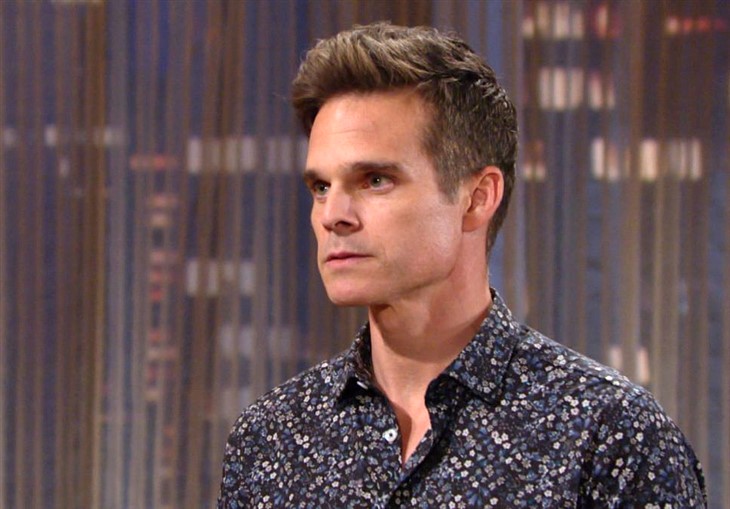 The Young and The Restless spoilers and updates tease that when it is realized that Michael Baldwin (Christian LeBlanc) has gone missing in Peru, Kevin Fisher (Greg Rikaart) will go on an emergency search for his brother. Viewers can expect that Kevin’s search will result in nothing but dead ends in upcoming episodes of The Young and The Restless!

The Young And The Restless Spoilers: Ashland Locke’s Spies In Peru Were Reporting Back

Viewers of The Young and The Restless will recall that Ashland Locke (Robert Newman) was anything but in the dark about an American spying and asking a lot of questions about the Peruvian clinic. Michael Baldwin had found a doctor who had been fired from the clinic, and Victor had authorized him to pay him whatever he wanted for his story, which turned out to be that he had been paid beaucoup bucks by Locke to falsify a cancer diagnosis!

The Young And The Restless Spoilers: Victor Tries To Recruit Nick To Help With Ashland

Viewers of The Young and The Restless saw Victor had the video story on his tablet, and he told Nikki Newman (Melody Thomas Scott) about it and she questioned how he knew for sure the story was for real, and Victor had trusted Michael’s judgment on that. Chances are, Locke has put two and two together and realized Michael is the American snooping around his Peruvian clinic, and he is behind Michael’s disappearance, which has everyone worried, but especially Kevin and Lauren Fenmore Baldwin (Tracey E. Bregman)!

Y&R Spoilers – Where Is Michael Baldwin?

Viewers of The Young and The Restless will recall that Michael’s wife, Lauren, had some reservations about his going to work for Victor to begin with, but especially about this Peruvian expedition, and she’ll have a difficult time managing her anxiety when no one can reach him! Michael won’t be reaching out as usual either, which is what gives everyone a clue that possibly something has gone seriously amiss down in Peru, and by the week of March 7 she’ll be panicked!

Viewers of The Young and The Restless can imagine since Victor will have his own people looking for Michael, that Lauren might call upon Kevin for help, which he will more than likely start with as a cybersearch. That means before trying an in-person trip he’ll be tracking credit card use, and possibly trying to trace the last phone call Michael placed to Lauren to get a clue where he’s been. It is also possible that Kevin might join Victor’s people after Lauren contacts Victor in a panic that she thinks Michael went missing, which Victor likely already knows!

Viewers of The Young and The Restless can imagine since Michael is a Genoa City resident that the Genoa City Police Department will have to be notified, although their jurisdiction would not extend to Peru. Kevin already works for the GCPD so they may become involved as a result of Kevin’s cybersearch which he may need to do from work with a missing person report as his impetus. Rey Rosales (Jordi Vilasuso) speaks Spanish, so having him go working with the Peruvian authorities on an in person search might be handy, although Kevin will beg to go along as his brother.

The Young And The Restless Spoilers: Victor Tries To Recruit Nick To Help With Ashland https://t.co/Pzxhj0zXDC pic.twitter.com/MdlRQYamh5

Kevin will likely hit all dead ends in his cyber searching activity because Locke is one step ahead if not more and has already had the Internet scrubbed of any Michael related items, so an in-person search will become necessary. As Victor confronts Ashland with what he knows, Lauren will continue to panic and a trip to Peru by Kevin, Rey and possibly Victor’s people will have to take place as Michael must be found and rescued!