General Hospital Spoilers: If Victor Is Valentin’s Father, Why Did He Help Nikolas Get Wyndemere Back? 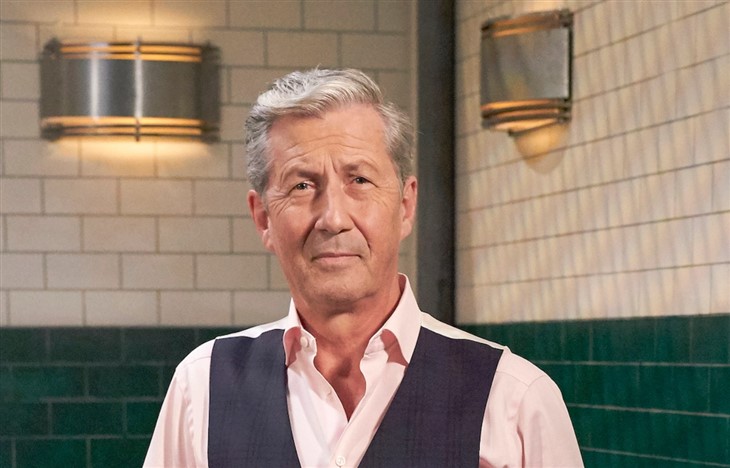 General Hospital spoilers and rumors tease that if Victor Cassadine (Charles Shaughnessy) is Valentin Cassadine’s (James Patrick Stuart) father, then why did he help Nikolas Cassadine (Marcus Coloma) get Wyndemere back if Valentin was a true heir? General Hospital viewers want to know!

General Hospital viewers will recall that several years ago, Nikolas had tried to fake his death, the first time letting his young son Spencer Cassadine, (Nicholas Chavez) in on his scheme. Nikolas was quickly found alive after placing a dummy on the beach below Wyndemere, trying to convince others he was dead, but then he tried it again! This was the time when Nikolas used a pseudonym of “Niall Carradine” and wound up sitting next to Ava Jerome, now Ava Jerome Cassadine (Maura West) on an airplane and she recognized him.

They finally reached Cassadine Island only to find Valentin Cassadine, still a mercenary going by the name Theo Hart, and Valentin shot Nikolas out of a window on an upper floor of the castle! General Hospital viewers know it was only comparatively recently that it was revealed Victor saved Nikolas’ life and helped him to continue to fake his death, which ultimately concluded in Nikolas “proving” Valentin wasn’t a Cassadine with Valentin losing everything!

GH Spoilers – Where Was Victor Cassadine When Valentin Cassadine Needed Him?

General Hospital viewers have to ask where “dear old dad” was back then, when Valentin needed him to dispute Nikolas’ claims for Wyndemere and Cassadine Industries, not to mention the more recent incident of Victor locking him in a trunk, causing injuries he’s still not recovered from? What father treats his son, from an affair or not, like that – why would Victor help Valentin’s rival, whether he is in the Cassadine family or not, to the detriment of Valentin himself?

General Hospital viewers will remember that Victor claimed to have kept an eye on Valentin for all those years, from afar – but all this happened after the death of Helena Cassadine (Constance Towers)! Victor cannot use her as an excuse any more, and Mikkos Cassadine (John Colicos) has been dead for forty plus years as well-other than his time spent in prison, one would think that Victor would have reached out to his son whom he claims to love so much! Of course, it is very possible that Victor owns the Boronsky Clinic in Russia, where Valentin’s scoliosis was corrected so many years ago –so there is that!

General Hospital Spoilers – Victor Cassadine May Have Had A Daughter Also

Longtime General Hospital viewers will recall that Helena had a daughter named Irina Cassadine (Alyshia Ochse) who Helena treated terribly, keeping her in a dungeon even after Mikkos’ death! Irina became known as “The Woman In White” after she started trying to escape and would be seen around Wyndemere at different times; she caught the eye and the heart of Ethan Sutton (Nathan Parsons) and the two became involved.

Helena didn’t like that and she killed Irina right in front of Ethan! General Hospital viewers know that Irina very well may have been Victor’s daughter with Helena – where was he when she was alive? Valentin has never mentioned Irina – it makes one wonder if he ever knew about her; it sounds like Victor is a terrible father who uses his children for his own purposes, and possibly his other family as well-they should all steer clear!