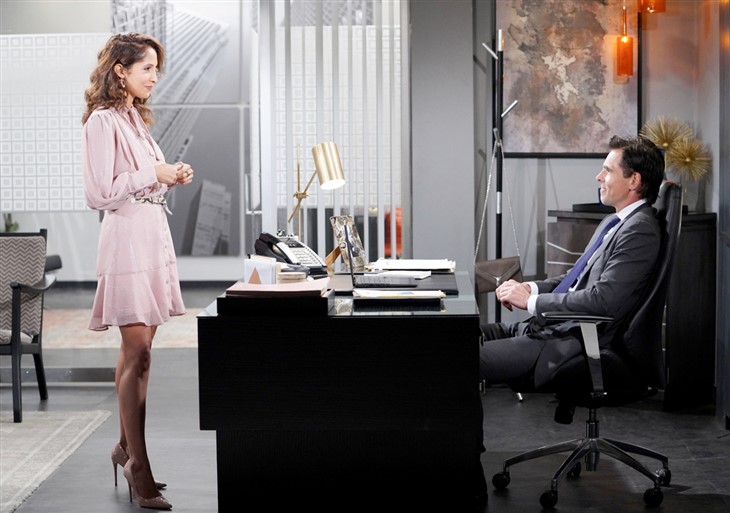 The Young and the Restless spoilers document that Lily Winters (Christel Khalil) and Billy Abbott (Jason Thompson) are in love. But they still have not committed to each other through the institution of marriage.

There is no doubt that both characters are not reliving their childhood relationship. Today’s connection is mature and has endured for various months.

Lily and Billy’s single status created an opening. They took it and have discovered what appears to be a mutual love match. Yet, conflict in daytime means that drama must be ahead.

The Young And The Restless Spoilers: Victor Tries To Recruit Nick To Help With Ashland

Billy was okay with his mother dismissing him as the pick to be Chief Executive Officer. Lily was deemed the smart choice, though she is not Jill Abbott Atkinson’s (Jess Walton) child, has no direct connection to Katherine Chancellor (Jeanne Cooper), and appears to have less business experience than Billy.

Lily is someone who Billy has come to love completely. So, he feels no jealousy. However, he does consider her to be an equal.

Will Lily be able to maintain Billy’s loyalty as business decisions are made in the future? That is a good question on Y&R.

Lily has just taken the reigns at CI. She will need years to fully learn the business and the industries that comprise its portfolio.

Jill serves as Lily’s head and mentor during this transition period. So, it is likely best for Lily not to pursue any grandiose plans at this time.

Devon Hamilton (Bryton James) seems to agree when he rejects her offer to combine the Hamilton-Winters group with CI. That is a setback for Lily but hopefully also serves as a learning experience, as her brother’s experience in heading a company tops hers.

The Young And The Restless Spoilers – Billy Abbott Remains Sensitive

Billy has developed a sensitive demeanor through the many real, exaggerated, and imagined flops in his life. So, his reaction to Lily wanting to pair CI with Hamilton-Winters is not surprising.

Thompson’s character was okay with being Lily’s Chief Operating Officer, even though that meant she would be calling the final shots. But he is uncertain what place Lily sees for him in her proposed merger idea.

While Lily’s idea is not advancing right now, Billy is right to wonder where he might also fit in her personal life as the future unfolds in Genoa City, Wisconsin.