Is RHOSCL Star Jen Shah Throwing Bravo Under The Bus? 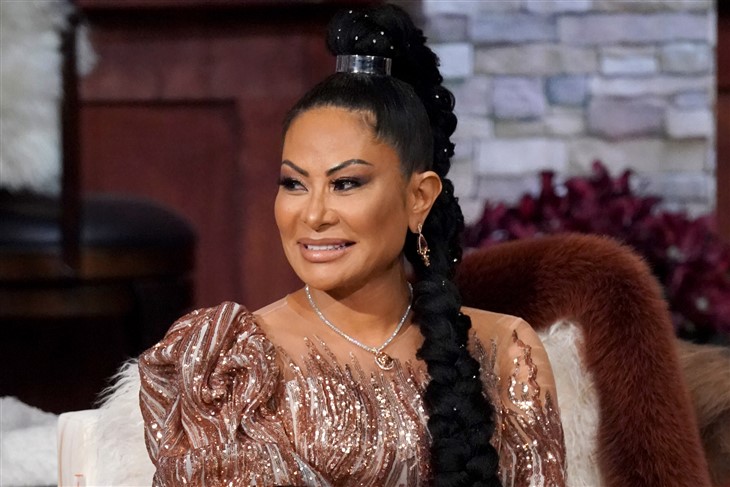 Real Housewives of Salt Lake City (RHOSCL) star Jen Shah was charged with conspiring to commit wire fraud and money laundering. Well, that threw Bravo fans into a frenzy, and ever since then, her storyline, alongside Mary Cosby and the alleged cult dominated the storyline. Now, it looks like her legal team is trying to blame-shift and is throwing Bravo under the bus.

In the last season of the show, one scene revealed Whitney Rose accusing Mary Cosby of being involved in throwing Jen Shah under the bus. Actually, if anyone threw herself under the bus, it was probably Jen herself. Anyway, the Bravo show’s about lots of drama. At the time, Whitney said, “It looks like you may have had something to do with the fact that Jen was indicted!”

How Is VPR Matriarch Lisa Doing A Month After Her Riding Accident?

Increasing the interest in RHOSCL, ABC News and Hulu produced their documentary titled The Housewife & the Shah Shocker. Actually, it gave viewers better insight into the charges against her. Of course, fans also heard that Jen didn’t want any footage from the show introduced into her trial. Well, now, it seems like she shifts some of the blame on Bravo for attorneys arguing that she’s way wealthy because of wire fraud.

Starcasm reported on a document filed by Jen’s attorneys on March 1. In it, they seem to blame Bravo for faking her wealthy lifestyle. The case will be heard in July, and in the meantime, it looks like a bit of blaming and naming goes on. Recall, the show portrayed her as living a very wealthy lifestyle. However, the outlet noted that prior to the show, Jen didn’t live in a luxurious home. Instead, she lived in “a relatively modest $302,069 home.”

The RHOSCL star’s move into the luxury home that fans saw on TV came in 2020. Well, now she claimed via her legal team, that Bravo staged all her wealth. Her attorneys wrote: “Ms. Shah’s “luxurious lifestyle” is a deliberately curated sham created by a master TV network which specializes in selling illusions of glamour, wealth, and luxury.” Is she trying to say she’s not rich from wire fraud, but just looks rich because of Bravo?

The RHOSCL star seems to think that the illusion is that she’s wealthy because of all the added perks that come along with the show. However, as Starcasm pointed out, she was charged with offenses that predate her time with Bravo.

As to fakery on reality TV, of course, every fan of the show knows that it happens all the time. But, does that make the show complicit in Jen’s charges? Sound off your thoughts in the comments below.

Be sure to catch up on everything happening with Bravo right now. Come back here often for more RHOSLC spoilers, news, and updates.