Dancing With The Stars: Maksim Chmerkovskiy Trolled For Fleeing Ukraine 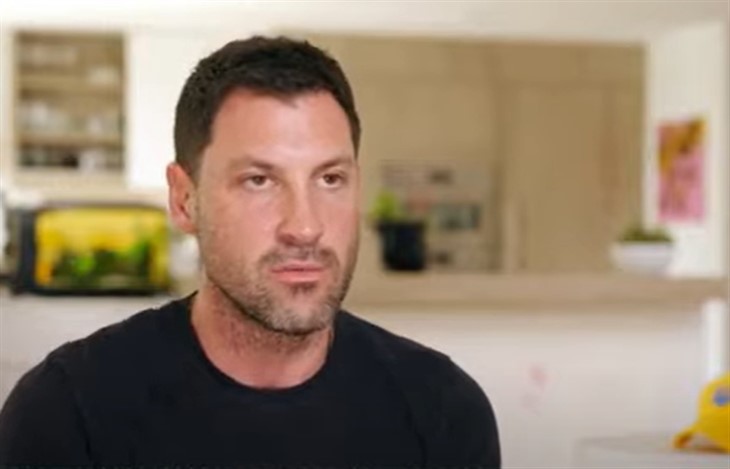 Dancing With The Stars (DWTS) spoilers and updates revealed that Maksim Chmerkovskiy was across in Ukraine when the war with Russia broke out. Plenty of ABC fans prayed for his safe return to the USA. Born in Odessa, he arrived with his family in the USA in 1994. Well, when war broke out in his homeland, he fled the country, but a lot of trolls roasted him and accused him of cowardly behavior.

Maksim kept all his fans informed about his experience in Ukraine. As soon as he could, he went into hiding and he claimed that at one stage, he ended up arrested. Probably, the fact that he is now an American citizen meant he was released. So, he planned to get out of the country. In his updates, he explained that he felt terribly traumatized by the aggression from the Russians.

Dancing With The Stars Spoilers: Maksim Chmerkovskiy Finally Ready To Leave Ukraine After Being Arrested

Although it was still very early in the conflict, the Dancing With The Stars pro felt that he suffered from PTSD. So, his wife ad many fans of the show cheered when the news arrived that he escaped by train to Warsaw, Poland. Well, now he does the TV rounds, giving interviews about his escape and impressions of the war. Not everyone thinks he’s some kind of hero though.

Dancing With The Stars – Pro Trolled For Running Away

Even before Maksim Chmerkovskiy arrived safely home, critics started to question why he wouldn’t stay and fight for his own homeland. Of course, many of those critics never suffered a single day of armed conflict in their lives. But, they do feel terribly sorry for the population in Ukraine. Some people felt that as Maks is young, strong, fit, and from the country, he should have taken up arms to defend the other civilians.

Other Dancing With The Stars critics chimed in when Maks gave an interview to Good Morning America. Actually, the footage of his escape on the train seemed like a poor choice. While he might have felt he was doing something good for raising awareness, others saw it as attention-seeking.

Should Max cover himself with sackcloth and ashes? Well, it seems that many comments about Maks being a coward came from people with no profile photo, one following, no followers. So, it seems like a lot of trolls popped up to slam the pro-dancer from behind their warrior keyboards.

Loyal Fans Stick Up For Maks

Not taking such condemnation lightly, loyal Dancing With The Stars fans defended Maksim Chmerkovskiy. One of them pointed out, “He is NOT a Ukrainian citizen. He has been a US citizen since he was a teenager. He also has a wife and kid, back here in the USA.”

Then another commenter wrote, “Wow, seriously? Why are you criticizing someone if you haven’t been in their shoes?”

Be sure to catch up on everything happening with DWTS right now. Come back here often for more Dancing With The Stars news, and updates.