The Bold And The Beautiful: Thorsten Kaye Opens Up About “Bridge” Breakup 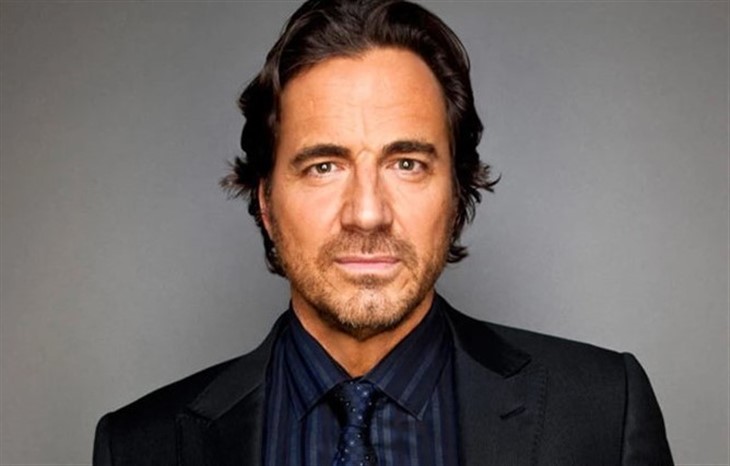 The Bold and the Beautiful spoilers and updates tease that Thorsten Kaye opened up about the breakup of Ridge Forrester, his alter ego on the daytime drama, and Brooke Forrester (Katherine Kelly Lang). Is this the end for “Bridge?”

Fans may recall that Ridge has learned that Brooke didn’t just share a kiss with Deacon Sharpe (Sean Kanan), but spent the night with him, too. In an interview with Soap Opera Digest, the actor opens up about the couple’s breakup.

The Bold And The Beautiful Spoilers – The Actor Laughed When He Called It The “Deacon Dilemma.”

“Brooke always thought that everything could be okay but when a woman gets together with a man, especially a man she has been with before, whatever insecure part in your heart is always going to think,” he said.

Fans know that Sheila Carter (Kimberlin Brown), Deacon, and Ridge’s kids with Taylor Hayes (Krista Allen), Thomas and Steffy, are happy that Ridge and Brooke have split. The actor said that he’s having fun playing this new storyline. He considers his alter ego’s children as great kids.

The Bold And The Beautiful Spoilers – Is It Really The End For The Couple?

Kaye didn’t reveal that much when asked if it was the end for Ridge and Brooke. The actor said that their situation is complicated and fans just have to wait and see what happens next.

B&B Spoilers – For The Week Of March 7

Thomas Forrester (Matthew Atkinson) will learn that Sheila ( ) had a hand at driving Brooke to drink. He’ll be burdened with such a huge secret and he’ll struggle as he decides whether to tell Ridge or not.

He knows that if tells Ridge the truth, he’ll run straight back to Brooke and leave Taylor heartbroken. But if he doesn’t, he’s lying to his father but also making sure that he gives his relationship with Taylor another chance. What will his decision be?

Now that she and Ridge are over, Brooke needs someone to comfort her. Knowing that she’s struggling to cope, Deacon will seize the opportunity and make sure that he’s there when Brooke needs help. Will she finally fall with Deacon again?