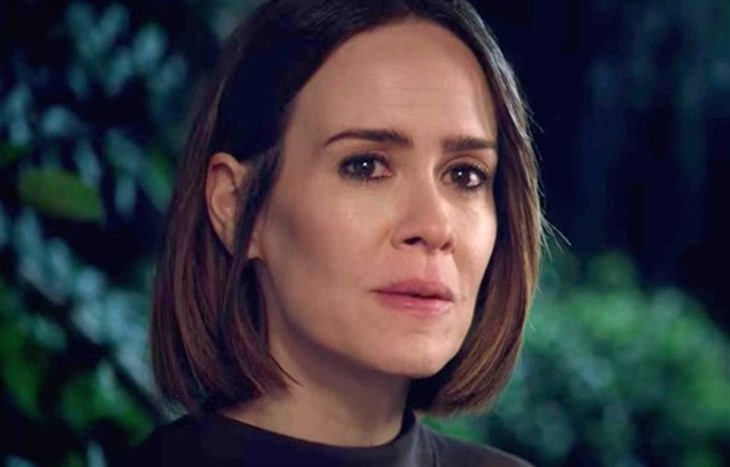 Hollywood news and updates tease that Sarah Paulson shared a possible comeback to the next season of American Horror Story.

Sarah Paulson starred in nine out of ten seasons of AHS and fans would find it hard to see the series without her iconic roles. She portrayed different characters in the series, including a pair of conjoined twins, a Craigslist medium, a ghost in a hotel, and a lot more, in which she gained several Emmy Award recognitions.

Though she took a break in the 9th season, she made a huge comeback on the latest season titled AHS: Double Feature, where she played both Tuberculosis Karen and Mamie Eisenhower.

During her interview on Watch What Happens Live last year, fans were saddened by the news when Paulson told the host, Andy Cohen, that it might be her last season in the show.

However, in her latest appearance in the Shut Up Evan podcast, fans were glad when Paulson kind of teased a comeback to the next season of the series. She told Evan Ross Katz that she can’t refuse the offer every time the show creator, Ryan Murphy, introduced her to some extraordinary characters.

“Every time he comes to me with some wackadoodle-stoodle character, I tend to be like, ‘Yes! Let’s do it!’ so I don’t know. This is the first time, so we’ll see,” she said.

“I have that show to thank for, really, my career. It’s how everything started to take a turn in a direction that led to more opportunities for me, so it’s hard to say never to that one,” Paulson continued.

Last August 2020, it was reported that Glennon Doyle’s Untamed will make its way to small screens with the production of J.J. Abrams’s Bad Robot. The story would be about how Doyle meets and falls in love with her wife, Abby Wambach.

During one of her podcast episodes, Glennon Doyle shared her “only pick” that will portray her in the series, whom she believed would be “the perfect fit for the role.”

“I, in my little sweaty heart, have known the person that I needed the universe to play me in the Untamed show… Sarah Paulson comes once in a freaking lifetime,” she stated.

Be sure to catch up on everything happening with Hollywood right now. Come back here often for Hollywood spoilers, news, and updates.