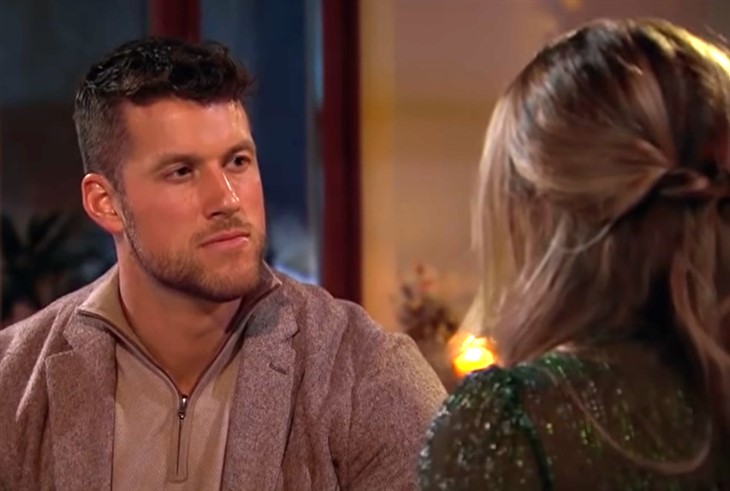 Bachelor updates and spoilers reveal that fans seem very unimpressed with Clayton Echard. He kept Shanae way beyond her use-by date. Plus, he seems to have played into the same narrative as Peter Weber when it came to the Fantasy Suite drama. Well, Clayton lost it with his contestants a few times, and now fans wonder what the actual heck just happened.

The first time that fans felt bitter towards Clayton came when Shanae, who really should have left long before she did, somehow managed to stay in the show. In fact, rumors arose that he went along with the production team just to rack up the drama. Although Shanae started it, fans blamed Clayton when Elizabeth went home after “Shrimpgate.”  After all, she might have stayed a lot longer without Shanae being a top-rated b–ch.

Spoilers for The Bachelor that came from reality Steve revealed the possibility that Clayton and Susie would end inconclusively. A few weeks ago, he predicted that while they were in Iceland, Susie would self-eliminate. At the time, he wasn’t absolutely certain about it, but he felt confident enough to put it out there. Well, this week, fans saw it play out, and many of them feel irritated with Clayton.

Bachelor – Clayton Freaks Out With Susie

Clayton confessed that he took both Rachel Recchia and Gabby Windey to bed in their fantasy suites. Well, Susie seemed upset by that and wished that it never happened. Instead of discussing it much further, Clayton lost it and turned up the heat. From his perspective, he felt that she should have disclosed her “dealbreaker“ much earlier. Well, he tried to turn it all on her and make her apologize. And, that rubbed some people up the wrong way,

Bachelor fans saw Clayton throw his tantrum and then storm off. So, Susie ended up in tears. In fact, he wouldn’t even discuss it from her point of view. She tried to say that she felt bad for her insecurities, but all he could say was, “nothing more to say.” Then, fans saw that Susie sobbed and said, “I just thought that we would have been better at getting through that conversation kindly.”

Bachelor fans took to Instagram to comment on it. A few people felt that Susie should have researched the show a bit better. However, others seem to have enough of Clayton losing it with his contestants. One of them said, “HOLD ONNNNNNN HE IS CRAZY WHAT.”

Then another fan noted, “The rage.”

Well, some fans remain neutral. As another follower opined, “Not on either side because both of them did not communicate their emotions (about Clayton loving her and Susie’s position on fantasy suites) prior to this pivotal week.”