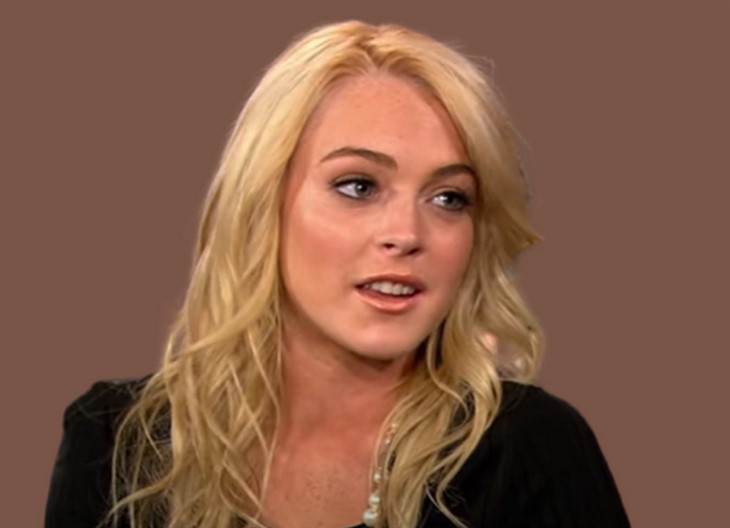 Another World updates tease that one of its alum, Lindsay Lohan, has inked a deal with Netflix. The actress, who played the role of Alexandra “Alli” Fowler on the soap, landed a two-picture deal with Nextflix.

Lohan is currently attached to the streaming giant as she stars in one of its movies titled Falling For Christmas, a holiday romantic comedy.

In the film, she plays a spoiled hotel heiress who gets into a skiing accident and loses her memory. Not knowing who she really is, Lohan’s alter ego lands under the care of a handsome lodge-owner and his daughter in the days leading up to Christmas.

The movie is written and produced by The Young and the Restless alum Michael Damian and directed by his wife, Janeen. Aside from Falling For Christmas, Lohan is also featured in the Netflix series Sick Note and Scary Movie V.

Netflix’s Director of Independent Film, Christina Rogers is thrilled to have the actress on board.
“We’re so happy with our collaboration with Lindsay to date, and we’re thrilled to continue our partnership with her,” she said.

Rogers said that they’re looking forward to showcasing more of her movies to their subscribers in different parts of the globe.

In a tweet, Netflix also confirmed that they’re working with the actress.

“The world first fell in love with Lindsay Lohan when she played a set of twins — and Netflix is once again giving the world twice the Lindsay to love through a creative partnership that will see her star in two new films!” the streaming giant said.

Lohan took to social media to share the exciting news. In her Instagram account, the actress said “exciting things to come.” Her fans were quick to congratulate her on the upcoming projects.

Last year, the actress also announced her engagement to Bader Shammas. In November 2021, She shared a series of photos of them together and captioned it “My love. My life. My family. My future. @bader.shammas love.”

Exciting things are happening to the actress and her father, Michael Lohan is happy for her. In a statement to Hollywood Life, Mr. Lohan said that he’s proud of her daughter and all that’s happening in her life.

Be sure to catch up on everything happening with Another World right now. Come back here often for Another World spoilers, news, and updates.