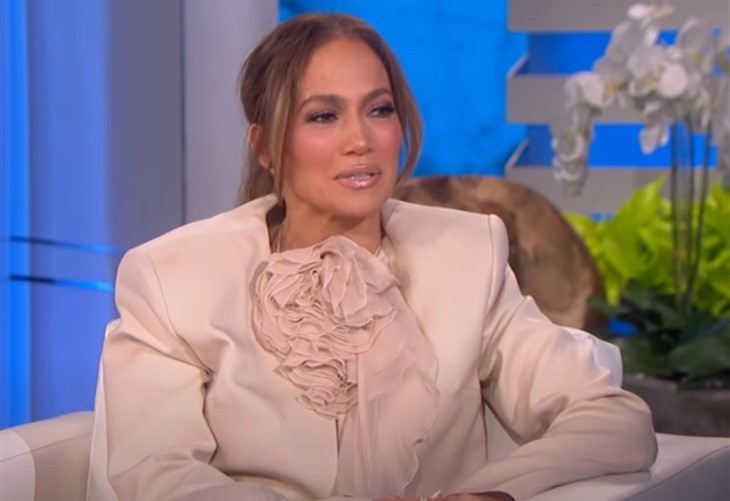 Hollywood news and updates tease that Jennifer Lopez was seen makeup-free on the set of her new Netflix movie, The Mother.

Jennifer Lopez has been all over the internet since the day she reunited with her ex-fiancé, Ben Affleck. After almost two decades, the couple reignited their love and became stronger than ever.

The 53-year-old singer also made a recent blockbuster movie titled Marry Me, which was about a famous pop superstar who was about to marry her fiancé in front of the audience. However, after knowing that her boyfriend has been cheating on her, she married a stranger instead.

After the success of Marry Me, Lopez is now up for a Netflix movie titled The Mother, which is currently filming in Spain, where she was spotted looking ageless in her makeup-free face. She was all smiles while rocking her knitted sweater.

The Mother is an action movie that tells a story of an assassin who comes out from her hiding place to protect her daughter she abandoned for a very long time. The movie is directed by Niki Caro, written by Misha Green, and has an ensemble cast that includes Jennifer Lopez, Joseph Fiennes, Omari Hardwick, and Gael Garcia Bernal.

In other news, Josh Duhamel sat with People and shared how “fantastic” it was to work with Jennifer Lopez in their upcoming movie, Shotgun Wedding.

He hailed JLo as the “boss in the best way.” During his appearance at The Tonight Show, Duhamel shared his friendship with the singer: “I’ve met her for years, and it sort of came to my attention that the job became available, and I got a chance to meet her. It was like rekindling an old friendship with an old friend,” he said.

Shotgun Wedding is a romantic comedy movie produced by Jennifer Lopez and Ryan Reynolds, which is all about Tom (Armie Hammer) and Darcy (Jennifer Lopez) who bring their respective families together for a destination wedding.

However, they hesitate to continue their dream wedding the moment they arrive at the location. When a dangerous hostage happens, the couple works together to keep each member of their family safe.

Jennifer Lopez – Shotgun Wedding Is Set To Open In Theaters This Coming June 29, 2022.

Be sure to catch up on everything happening with Hollywood right now. Come back here often for Hollywood spoilers, news, and updates.