The Young And The Restless Spoilers: Abby And Chance Keep Pushing – Couple Survives Or Splits? 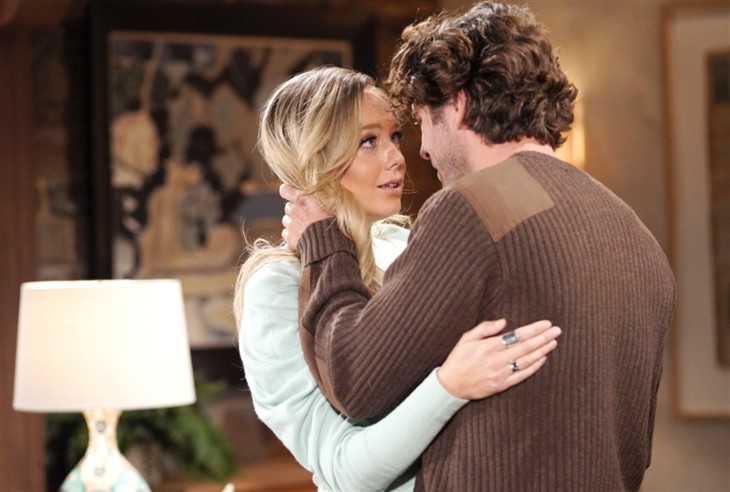 Devoted fans know that the recast from Donny Boaz (Chance) to Floyd took more than nine months to complete. That extended stretch felt like backroom indecision but may have been part of the plan with this legacy character.

The Young And The Restless Spoilers – Testing Love Over Time

Two people fell hard in love. Their courtship played out nicely, engagement followed, and then they were married. It was a sweet storyline.

A heartfelt tale followed after Abby and Chance realized that they would not allow their physical limitations to prevent them from expanding their family. Plans to have a baby included asking Mariah Copeland (Camryn Grimes) to serve as the surrogate due to Abby’s miscarriage with Ben Stitch Rayburn (Sean Carrigan) likely preventing conception.

Along with the above, Chance was deemed unable to become a father at this point in the character’s life. His save of Adam Newman’s (Mark Grossman) caused a bullet to be taken, with a resulting infection preventing biological fatherhood from happening.

All of the above reinforced this couple’s strength. Then, Abby took charge while Chance was leading his team in Spain. The explosion happened, his team was killed, and Chance’s psyche was deeply impacted.

Abby tapped the business genes that both of her parents passed onto her. Opening Society took savvy and guts and has been a major success.

But Abby is rarely seen at Society in recent months. She naturally was with Dom after he was born. It makes sense that she has been with Chance as well since bringing him back from Spain.

However, as Chance’s health hopefully continues to improve, he should insist that Abby spend some time at her business. He has needed to lean on her, but she deserves a break, which time at Society would represent.

The Young And The Restless Spoilers – Is Chance Chancellor The Marrying Kind?

Abby fell in love with Chance. While damaged, he remains the same good guy. Marriage has not changed him.

Instead, it could be that Chance’s maturity level does not match Abby’s at this stage of her life. Ordway’s character now appears to be older than Floyd’s by a handful of years, with the recast also serving as a modest, reverse SORAS (soap opera rapid aging syndrome).

Part of the Abby-Chance arc might be that this couple is not suited for marriage. Hopefully, that does not prove true. It can be argued that Abby’s instincts about Chance’s stability also reflect doubt about his suitability.

Abby believes in Chance. But if he can not generate belief in himself shortly, then this pairing’s future could be endangered.