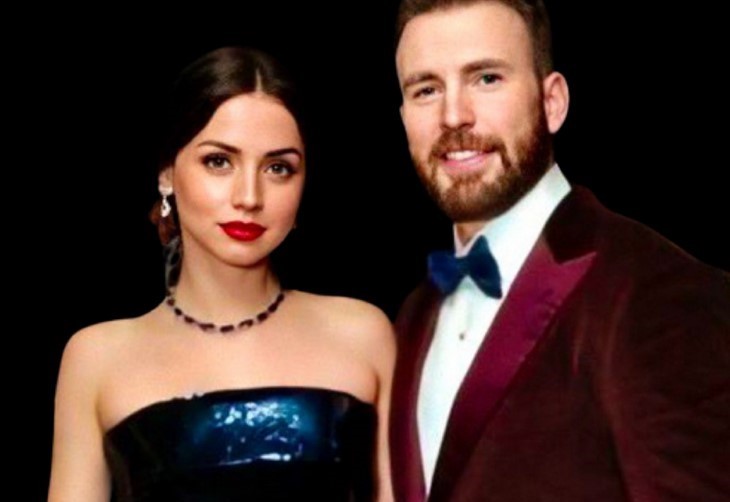 Hollywood news and updates tease that Chris Evans and Ana de Armas were caught on the camera having a great time on the set of their new movie, Ghosted.

The stars of the 2019’s blockbuster movie, Knives Out, were set to film an Apple Tv+ original action-adventure movie, Ghosted, and will be directed by Dexter Fletcher. It was also reported that Rhett Reese and Paul Wernick, the men behind the script of Deadpool and Zombieland, once again created a story together in the said project.

Ghosted was first introduced to the iconic Black Widow star, Scarlett Johansson, as the leading role paired with Evans. However, due to scheduling conflicts, Johansson turned the project down as she was also preparing for her two upcoming movies, Asteroid City and Bride, and this made the role open for De Armas, who’s also the film’s executive producer.

After the success of Knives Out, two of the most beloved stars in Hollywood, Chris Evans and Ana de Armas, made their way to Atlanta, Georgia to start filming for their next movie.

The two were spotted chatting and laughing in the production area as they interacted with the crew members. The Blade Runner 2049 actress was seen wearing a printed dark purple dress paired with black boots and looking gorgeous with her dark blonde locks while Captain America looked debonair with his denim jeans and a blue sweater with a white shirt underneath.

Aside from Evans and De Armas, The French Dispatch star, Adrien Brody was set to join the cast. The major details of the movie haven’t yet been revealed but it was reported that the production will have its filming in both Atlanta and Washington D.C., and it will be soon available on the Apple TV+ streaming platform.

While they are currently filming Ghosted, Evans and De Armas also star in the upcoming action-adventure movie, The Gray Man, which was based on Mark Greaney’s 2009 novel.

The movie is filled with Hollywood’s outstanding actors, such as Billy Bob Thornton, Rege-Jean Page, Wagner Moura, and many more. The Gray Man is expected to be released this coming July 2022 on Netflix.

Be sure to catch up on everything happening with Hollywood right now. Come back here often for Hollywood spoilers, news, and updates