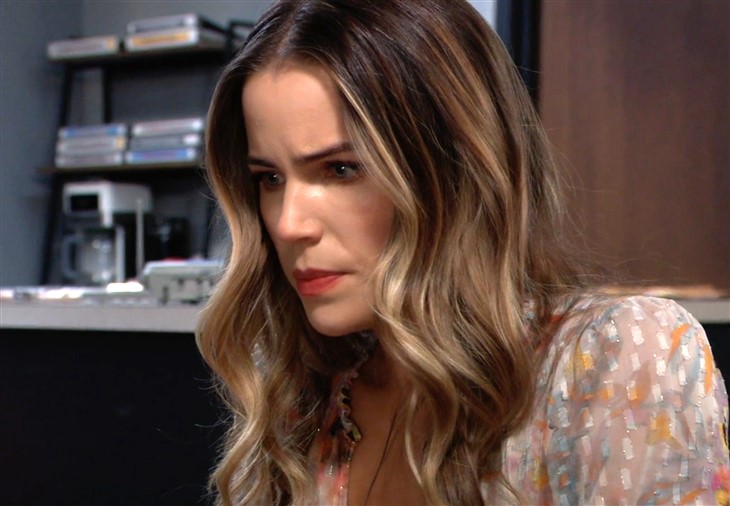 General Hospital spoilers tease that despite thinking they were lost, and having their car break down in the middle of nowhere, Brando Corbin (Johnny Wactor) and Sasha Gilmore (Sofia Mattsson) still managed to elope while in Canada. The mechanic at the garage they took the car for repairs was also ordained, so he was able to officiate their wedding, with his wife serving as a witness. But Brando still has no idea that Sasha has turned back to drugs, and that could spell tragedy for this new couple!

Once Brando finds out about Sasha’s drug use, he will question whether she even really wants to be married or if it was the drugs talking. He’ll also want to make sure that Sasha gets the help she needs. But there is every possibility that something will go wrong, and they will have an accident while Sasha is high. Whether or not Sasha is behind the wheel, she might inadvertently cause the death of the man she just pledged her life too. After losing her son, this will send Sasha over the edge. But that might not be Sasha’s biggest problem!

Gladys Corbin (Bonnie Burroughs) correctly guessed that Brando and Sasha were planning on eloping. She was all set to stop the wedding from happening but was stopped by Sonny Corinthos (Maurice Bernard), Carly Corinthos (Laura Wright) and Nine Reeves (Cynthia Watros). Although it was the first time these three have agreed on anything recently, they all convinced Gladys not to interfere or try to stop the wedding. But if something happens to Brando, Gladys won’t rest until she finds out what happened. And if Sasha had anything to do with Brando getting hurt or killed, she will make Sasha’s life miserable.

GH Spoilers – Happily Ever After?

Although it seems possible that something is about to happen to Brando, perhaps the newly weds will return to Port Charles in one piece. If so, Brando will have to be there as Sasha spirals further into drug use. But with his love and support, Sasha can hopefully not only mourn their son, but can move on with her life. But will she still want to be married?

Will Brando and Sasha make it back home? Or will tragedy strike? Could Brando possibly lose his life? Anything can happen in Port Charles so stay tuned to General Hospital airing weekdays on ABC. And don’t forget to check back right here regularly for all your General Hospital news, information and spoilers!