The Bold And The Beautiful Spoilers: Brooke Comes Roaring Back To Take Ridge From Taylor 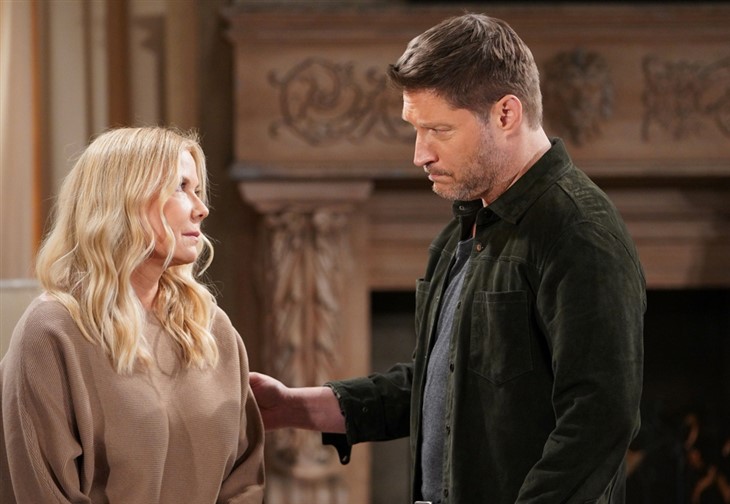 The Bold and the Beautiful spoilers document that Brooke Logan Forrester (Katherine Kelly Lang) said something Deacon Sharpe (Sean Kanan) could not accept. Brooke’s acknowledgment that Taylor Hayes (Krista Allen) may be the better woman for Ridge Forrester (Thorsten Kaye) was stunning.

Hardcore fans recall all the drama Brooke and Taylor were involved in through the soapy years. Often, they were involved in conflicts with each other, many of which centered on their rivalry for Ridge. But there have been other instances where each lady stirred trouble for other characters or was dragged into drama by various people.

The Bold And The Beautiful Spoilers: Brooke Makes A Shocking Decision About Her Marriage To Ridge

The Bold And The Beautiful Spoilers – New Taylor Hayes Is Different

So far, TPTB have made the new Taylor a low-drama individual. The New Taylor reference specifically means the recast edition Allen was cast to play after Hunter Tylo (Taylor) supposedly opted out of returning to the cast to reprise her iconic role.

The time Taylor spent away from her family in Africa, while serving as a missionary, made a clear impact on her outlook. Today’s Taylor is far more nuanced in her dealings with Brooke, in particular.

The character Allen now plays also opted not to engage with Brooke in a fight for Ridge. Instead, Taylor sat back and waited to see where Ridge’s heart was. It was still with Brooke until the latest scandal.

Brooke is a poor soul. She did not want to drink on New Year’s Eve. But Sheila Carter’s (Kimberlin Brown) amoral actions caused that to happen.

Understandably, Brooke has convinced herself she may be incapable of preventing her self-destructive pattern of behavior. But that conclusion is lacking the full light of truth.

Brooke does not know what Sheila did. Brown’s character made what feels like a mistake in telling Brooke’s stepson the truth. While Thomas Forrester (Matthew Atkinson) prefers his mother to be with his dad instead of Brooke, he is conflicted by Sheila’s actions.

The Bold And The Beautiful Spoilers – Sheila Carter Is A Fiend

Sheila told Thomas what she did and that she was happy about it. No remorse, no regret, no nothing. Such is the mind of a psychopath.

It would be wrong for Thomas to keep this information from his parents and Brooke. He is attempting to process what was learned. Then, he needs to make a decision that is not only just but also considers Sheila’s response if she is exposed.