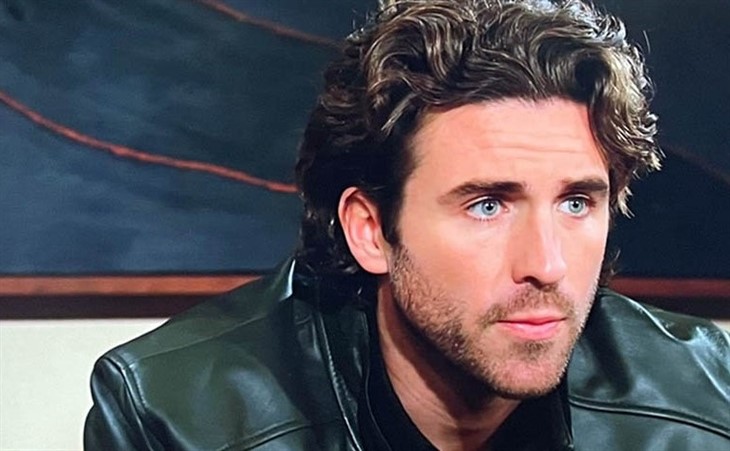 The Young and the Restless spoilers document that Chance Chancellor (Conner Floyd) has what his doctor has diagnosed as survivor’s guilt. The post-traumatic stress Chance suffered after living through the horror that happened in Spain is something that he understands.

But Chance is applying far too much pressure to himself. He does not understand why he lived while his team members died. Dr. Huffman (no first name known for the character played by Jeremiah Jahi) is trying to convey that Chance did nothing wrong, but that will take a while.

The Young And The Restless Spoilers: Abby And Chance Keep Pushing – Couple Survives Or Splits?

Being a donor was something Devon felt he had to do. That generosity allowed Abby and Chance’s family to grow when it may not have otherwise.

Chance appreciated Devon’s sensing that something was off. Floyd’s character opened up to Devon because he trusts him and is grateful for Dom.

Abby and Devon have been close friends for years. Their friendship allowed a mutually agreed upon baby plan to easily form.

Yes, Abby was momentarily miffed that Devon later wanted to formalize a custody-share. But Chance helped convince his wife that Devon’s efforts came from a good place, knowing that their conversation about Spain sparked the desire to offer more support for Dom.

Chance believes that he does not deserve his wife, son, and friend’s support. Abby has remained supportive during this tenuous time following Chance’s terrible ordeal. He is leaning hard on her strength, which serves as a current pathway to his eventual, full recovery.

The Young and the Restless Spoilers: Robert Newman Opens Up About Ashland’s Love For Victoria #YR #YoungandRestlesshttps://t.co/23FNbAEfzG

The Young And The Restless Spoilers – Rey Rosales Considers An Option?

Rey is devoted to Sharon. As noted, he overcame intense feelings about Adam and stayed married.

However, Chelsea is coming off a failed attempt to reconcile with Adam. She is vulnerable and has taken Rey’s forgiveness as a sign of potential romantic interest.

It does not appear that Rey thinks of Chelsea as more than a friend. Yet, this is Genoa City, Wisconsin, where drama drives the plot. So, Rey’s seemingly stable marriage might be one mistake away from collapse.