The Bold And The Beautiful Spoilers: Hope’s Defense Of Brooke Vindicated – Steffy Does Not Know The Truth 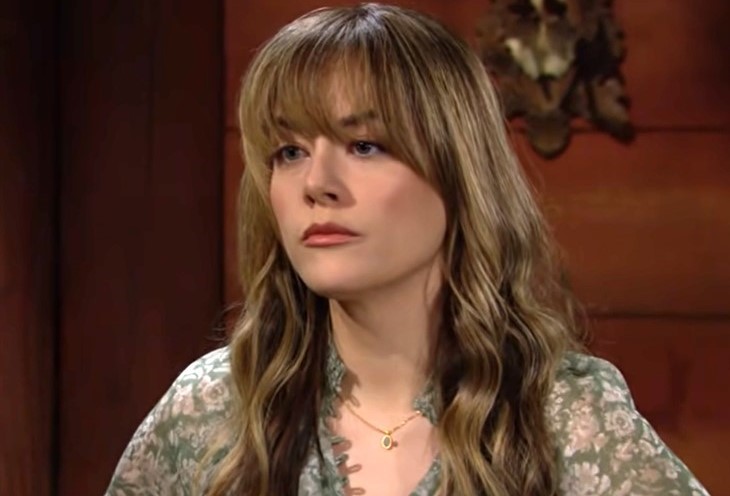 Brooke was not arguably wrong before she took many drinks on New Year’s Eve. After that, she made some devastating decisions, even considering her inebriated status.

Yes, Ridge Forrester (Thorsten Kaye) railed against his wife allowing Deacon Sharpe (Sean Kanan) access to the mansion grounds and therefore, to her. But Brooke had no intention of doing anything with Deacon, with Ridge’s suspicions reflecting old sores.

Days Of Our Lives Spoilers: Belle Strives To Stand By EJ And Shawn

The Bold And The Beautiful Spoilers – Ridge Forrester Proven Wrong

It appears as though Ridge was right. He claimed that Deacon represented trouble, and now trouble has arrived in an intensely dramatic fashion.

However, Deacon was not bad luck for Brooke. That assessment reflected Ridge’s insecurity, as he knew that Deacon was able to turn Brooke’s head years ago.

Beyond that, Brooke had a child with Kanan’s character. That made Deacon a permanent part of Brooke’s life, with Ridge not wanting to share any part of her with any other romantic rival.

The arguments will change when Hope learns that Sheila provided Brooke with alcohol. Hope will no longer have to defend her mother’s mistake. Instead, Hope will lead with Sheila making Brooke a victim.

But Brooke was not Sheila’s only victim. The actions of Brown’s character also set Deacon up as a patsy. He became the easy fall guy, based on his history with Brooke and recent release from jail.

Hope’s grasp of all the facts will also give her power over Steffy Forrester Finnegan (Jacqueline MacInnes Wood), who has berated Brooke for wrecking Ridge’s life once again.

As shockers go, this one will be a doozy. Sheila, who is light years ahead of Brooke on Steffy’s villain list, will be revealed as the cause of the problem.

With Brooke then seen as an injured party, along with Deacon, Steffy will not be able to argue as forcefully that Taylor is the better choice for Ridge. Arguments about past mistakes will be weak, with the current drama being a Sheila problem, not Brooke’s doing.