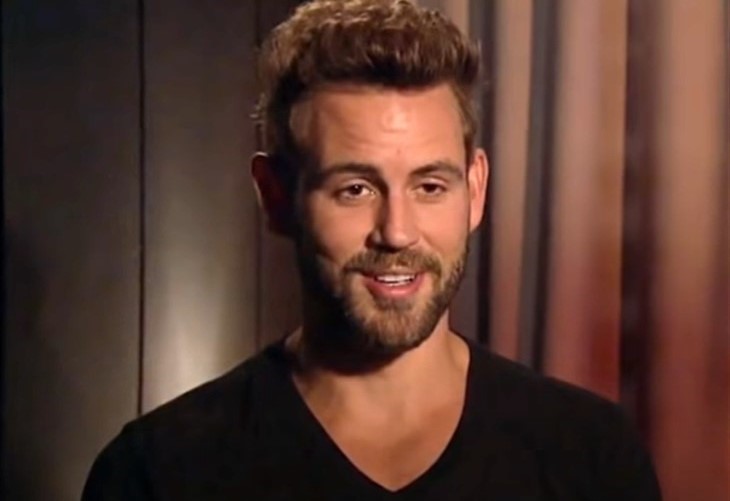 Nick Viall has been around on The Bachelor franchise for a long time. So, he’s highly qualified to talk about Clayton Echard’s season. Somehow, he watched it early, and his reaction seems genuinely shocked. Actually, he promised an insane ending and claimed that Colton’s jumping over the fence is tame in comparison.

last week, Tanner Tobert slammed Clayton as a “raging a–hole” on Twitter. Well, it seems that he’s not alone as Nick Viall now joined in the conversation about the upcoming finale. It seemed that he was so stunned when he watched the episode ahead of the rest of us, that he was almost lost for words. So, some fans fear it proves the entire season was scripted for drama.

If it was, then The Bachelor contestant Susie might have just dodged a bullet. Of course, fans grew angry with Clayton right from the early episodes as he kept Shanae on for so long. Back then, scripting accusations arose. Well, plenty of alums have mentioned that the production team likes to try and direct the way it plays out. And, Nick Viall is well acquainted with the show.

The Bachelor – Finale Cokes With Over The Top The Drama?

Insisting that it’s not an ad for the finale, Nick Viall said that folks can’t really miss tuning in. He mentioned Colton Underwood’s iconic scene where he ran away and scaled the fence. Plus, he talked about Pilot Pete’s drama. Then, he also mentioned Arie Luyendyk, who really can claim the original title of Villain in the franchise.

Describing the finale for The Bachelor as “nuts,” and “insane,” he went on to say that it’s “Child’s play compared to what I just witnessed.” Almost lost for words, and shaking his head, he told ABC fans that right from the very start of it, it blew him away. He added, “I was shaking my head in disbelief.”

The Bachelor – ABC Fans React In The Comments

Fans of The Bachelor expressed their thoughts in the comments. One of them wrote, “This season seems so fake and scripted and I’m sure the finale will be incredibly dramatic and inauthentic too. Feels like we are watching amateur actors play character parts and say lines while they bide their time to become instafamous.”

Meanwhile, others agreed that it just seems very trashy these days. This comment also arrived, “Too much drama, immorality, staged acts, all over some guy these women don’t even know!”

Well, if you are up for some astonishing scenes, then don’t forget to tune in for the two-part finale on Monday.