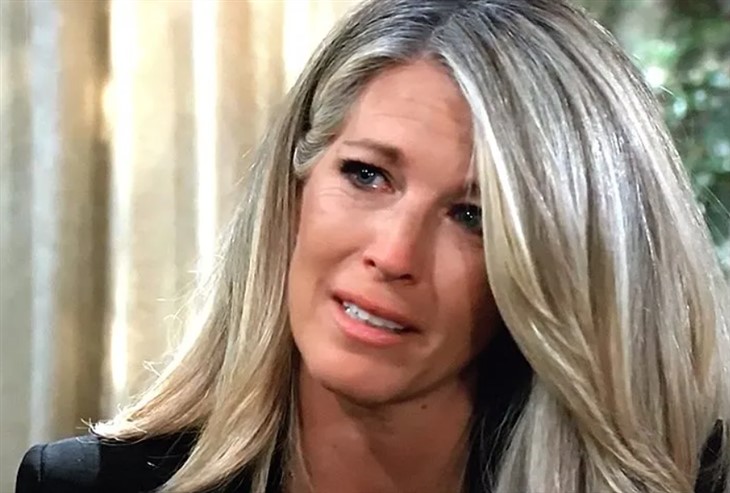 General Hospital spoilers reveal Carly continuing to be a support for her daughter as she navigates the aftermath of a devastating sex tape.

For months, all Carly Corinthos (Laura Wright) has done is embark on a woe-is-me tour in which she tells anyone in town who will listen how wronged she has been and how Nina Reeves (Cynthia Watros) and Sonny Corinthos (Maurice Benard) have hurt her to her very core and she just can’t forgive them.

She doesn’t even have Jason Morgan (Steve Burton) or Jasper Jax Jacks (Ingo Rademacher) anymore so she is turning Drew Cain (Cameron Mathison) into her own personal replacement Jason and it’s getting real old, real fast, but then scenes happen that humanize Carly and fans don’t know what hit them.

GH Spoilers – Carly Corinthos The Mother Of A Girl

When Carly is around Michael Corinthos (Chad Duell), she seems like a helicopter mother to a 30-year-old who does his mommy’s bidding like a good little boy. She absolutely can’t allow Michael to live his own life and it’s actually extremely creepy and disturbing. Like why would your son be the first person you run to when you find your husband in bed with someone else?

But then, her scenes with Josslyn Jacks on Friday were absolute perfection as Carly said all the things this devastated young woman needed to hear after a video of her first time having sex with Cam Webber (Will Lipton) went viral. This is where Carly was humanized and a character we can root for in the moment when she acts that way.

In fact, all the parent scenes involving this tape were raw and realistic. When Cam asked Elizabeth Webber (Rebecca Herbst) to not look at her as she told him what happened, Liz quickly turned around and sat on a chair not facing her son as she listened in horror at his story.

Why can’t we have more scenes like these on our soaps rather than creepy stalkers and wronged women not acknowledging they are also women who have done something wrong? Realistic parent-teen scenes are preferable any day of the week. Stay tuned to General Hospital weekdays to see how this story plays out.