OutDaughtered: Riley Busby Admits She Has Some Limits 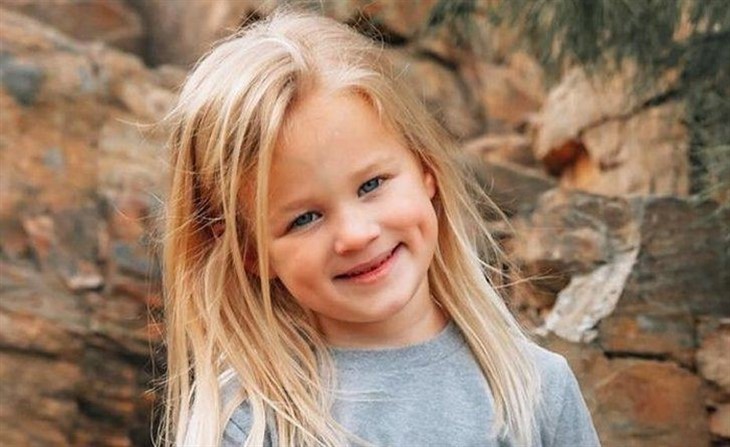 OutDaughtered fans know that in-between seasons of the TLC show, they can find a lot of content on Adam Busby’s YouTube channel, It’s A Buzz World. Well, he recently promised a new video, and he didn’t disappoint three days ago. His latest vlog revealed the family at a Rodeo, and there, Riley admitted that she has some limits when it comes to adrenaline.

TLC fans love it when Adam posts up family videos. Actually, they seem like good value. In fact, some of them run for about as long as any TLC episode. Additionally, fans like it because quite often, the kids get to do their own cam scenes. Who will ever forget Hazel cam when the family visited a corn maze? Or, the behind-the-scenes shots of their Halloween family fun?

A few years ago, OutDaughtered fans slammed the Bubsy family for going on vacation during the pandemic. However, in Texas these days, it’s like nobody worries anymore. So, there was a good crowd who went along to the Houston Rodeo. Right in the center of it all, Adam revealed that Riley Busby tested her courage. Actually, a few days before their adventure, he teased about Riley, and now, fans know that the brave kid has her limits.

In his newest video on It’s A Buzz World, the family all went off to the Rodeo. Adam reminded fans that the last time they went to one, the kids were very small. So, they only really enjoyed the petting zoo. This time, he wondered if any of the kids would try “muttin’ bustin’.” If you don’t know, it’s when kids ride on the back of a sheep that dashes across the arena, trying to get rid of the child riding it.

The OutDaughtered dad speculated that of all the kids, Riley might give it a go. Well when she saw the other kids falling off, she seemed very hesitant. Even when her mom offered a $20 bribe, she admitted that she felt too afraid to try it. Well, Danielle Busby seemed disappointed, but she did acknowledge that at least her daughter thought about it.

OutDaughtered fans saw that Riley felt like a failure, as evidenced by the screenshot above. But, not in their eyes. One of them wrote, “So proud of Riley for trying to come over her fear, even though she didn’t go through with it. 💕”

Another fan commented, “Good for Riley to attempt it and to know that she wasn’t ready after all. That is brave! :).”

Be sure to catch up on everything happening with the Busby family right now. Come back here often for more OutDaughtered spoilers, news, and updates.