The Bold And The Beautiful’ Spoilers: Ridge Remains Conflicted – Taylor Ready To Rebound 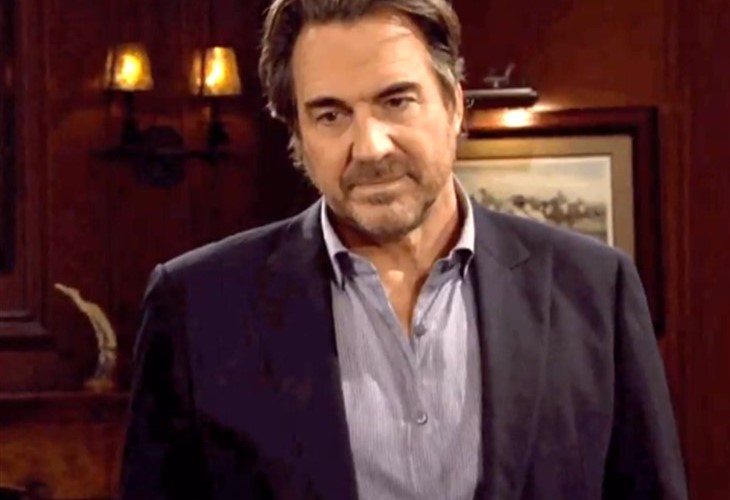 The Bold and the Beautiful spoilers document that Ridge Forrester (Thorsten Kaye) moved on. He left the Logan mansion and moved to the Forrester house on the cliff.

Taking refuge in that beautiful setting is natural. Many of the loves of his life are there, meaning his older children, two grandchildren, and, of course, Taylor Hayes (Krista Allen).

The beachfront setting and atmosphere project the best of yesterday, combined with everyone’s best hopes for a bright future in this version of Los Angeles, California.

The Bold And The Beautiful Spoilers: Quinn To The Rescue, Shuts Grace’s Plot Down!

Soap fans know that the volume of reconciliations Ridge and Brooke Logan Forrester (Katherine Kelly Lang) had meant that another could come at any time. But if B&B is writing this pairing apart for the indefinite future, then Taylor is set as Ridge’s return destiny.

Brooke crossed the line of what she feels is her own doing. Sadly, Brooke is unaware that Sheila Carter (Kimberlin Brown) hijacked her life when switching labels on bottles of champagne that were filled with alcohol and the non-alcoholic brand Lang’s character wanted.

So, Brooke has convinced herself that she has gone too far, pushing Ridge away. Their multiple goodbye sessions compounded the sad overlay as well.

Ridge stood by Brooke these last months. He thought she had been truthful with him and everyone else.

But the New Year’s Eve intel proved too much. Ridge could not accept Brooke’s admission about what happened with Deacon Sharpe (Sean Kanan) or, more importantly, that she defended him after both beaus battled each other backstage at Il Giordino.

So, Brooke’s voluntary statement about letting Ridge go and being ready to divorce leaves him with one open choice.

Brooke’s praise of Taylor would not have happened in the recent past. But all that has happened impacted Brooke’s psyche to a dramatic extent.

Taylor is an important part of Ridge’s past. He has come to believe that, with Brooke now disqualifying herself, Allen’s character represents the future.

The reconstituted Forrester family appears to be teased by current developments and, tellingly, a recent retrospective about Brooke and Ridge’s more recent romance story. But will the sweet and caring Taylor have her heartbroken if the Sheila news drops before Ridge divorces and before a remarriage to Allen’s alter ego happens?