The Young And The Restless’ Spoilers: Jack Refuses To Quit – Allie’s Reaction Justified 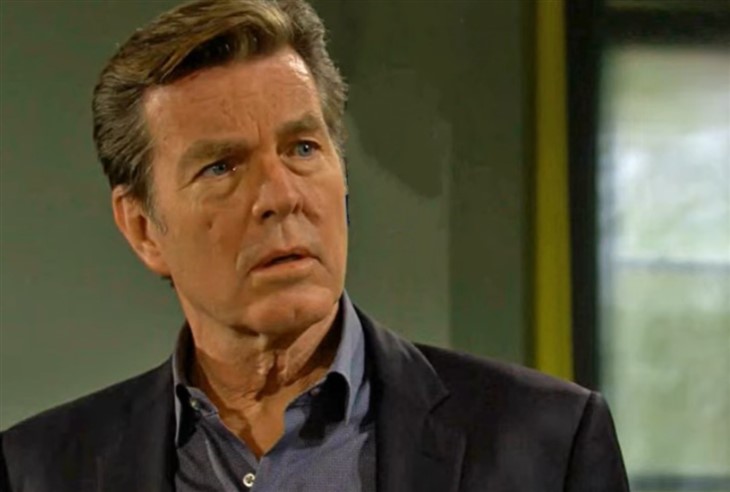 The Young and the Restless spoilers document that Jack Abbott (Peter Bergman) told Allie Nguyen (Kelsey Wang) that he can not forget he met her. Learning that his son died and then, days later, that he had a granddaughter was equally shocking.

Allie’s resistance in believing that Jack was her grandfather was understandable. Keemo Volien Abbott (Philip Moon) changed his name to his maternal grandfather’s, Hao Nguyen, for two reasons. He wanted to honor his later mother, Luan Volien Abbott (Elizabeth Sung), and cut ties with Jack.

As Jack first explained to Phyllis Summers (Michelle Stafford) and then to Allie, Luan did not tell him that she was dying until late in her illness. He learned by accident and then was asked by Luan to keep her health status secret because she did not want to burden her loved ones.

The Young And The Restless Spoilers: If Allie Is Keemo’s Daughter, Why Did His Obituary Say No Survivors?

Mary Jo was put in an institution in the mid-1990s and has not been heard from since.

The writing staff has re-imagined Keemo’s backstory to create the current storyline. Keemo wanted to protect his father when warning him about Mary Jo, which happened after Moon’s character was written off the show.

So, TPTB created new information. Jack recently said that he was not telling the truth in recent years and did not maintain ties with Keemo. Bergman’s character admitted that his son told him about the name change and cut him off because he could not get Jack withholding the information about Luan’s health.

Soap fans are often asked to suspend disbelief. That concept is clearly in play, as it is a stretch to accept the recently revealed information about Keemo.

Wang joins the cast with a General Hospital credit (Daisy Kwan) on her resume. The surprise addition of Allie to Jack’s family means that Harrison Locke (Kellen Enriquez) is not Jack’s only or first grandchild. Allie holds both honors.

The Young and the Restless Spoilers: Lauren Is Desperate To Find Michael #yr #youngandrestlesshttps://t.co/WRWcgUfF2T

Longtime Y&R supporters are likely fond of the quarter-century-plus old storyline where Jack found his lost love, learned they had a son, endured her untimely death a short while thereafter, and then said goodbye to his son and stepdaughter.

The new take on Jack and Keemo’s backstories is fresh and should allow for some peace of mind to be gained for all involved.