Days Of Our Lives Spoilers: Chad Deals With Unexpected Information And A Surprising Request 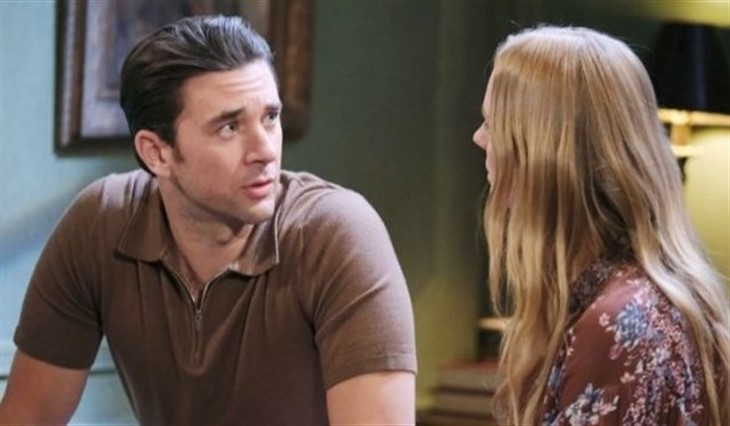 Days of our Lives (DOOL) spoilers and updates tease Chad DiMera (Billy Flynn) has been dealing with many exciting events in his life. Chad needed to find his wife Abigail Deveraux DiMera (Marci Miller) because she had been kidnapped. Chad was able to get the help that he needed and was reunited with Abigail. Chad has found out that he has lost his position as CEO of DiMera Enterprises to Gabi Hernandez (Camila Banus). Chad is going to be faced with new challenges that he will need to find a way to deal with.

Chad had wanted to help his brother EJ DiMera (Daniel Feuerriegel). Chad knew that EJ was innocent of kidnapping his wife Sami Brady DiMera (Alison Sweeney). Chad knew that Lucas Horton (Bryan Dattilo) was the one behind Sami’s abduction. EJ was facing being sent to jail for kidnapping Sami. Chad was going to give testimony that EJ was innocent but decided against it. Chad decided to keep what he knew about Sami’s abduction to himself because he believed that EJ had forced himself on Abigail.

Days Of Our Lives Spoilers: A Confrontation Ensues As Abigail Accuses Gwen Of Kidnapping Her

Chad is good friends with Sonny Kiriakis (Zach Tinker) and Will Horton (Chandler Massey). Chad helped Sonny and Will when they were trying to find a jewel in the Alamainian Peacock. Chad was able to help Sonny and Will to get the jewel even though they had trouble with Leo Stark (Greg Rikaart). Sonny and Will are trying to help Craig Wesley (Kevin Spirtas). Craig has gotten involved with Leo. Craig believes that Leo is in love with him.

Days of our Lives Chad is going to need to decide what he is going to do. Chad knew that EJ was innocent of kidnapping Sami and will find out that he is innocent of kissing Abigail. Will Chad decide that he needs to help EJ to get out of jail and prove his innocence? Chad will want to help Sonny and Will to deal with Leo and help Craig. Chad will want to make sure that he does not put his relationship with Abigail at risk to help Will and Sonny. Will Chad agree to help Sonny and Will to seduce Leo in order to get him away from Craig? Be sure to catch up on everything happening with DOOL right now. Come back here often for Days of Our Lives spoilers, news, and updates.