The Young And The Restless’ Spoilers: Adam Swayed By New Love – Sally’s Influence A Plus? 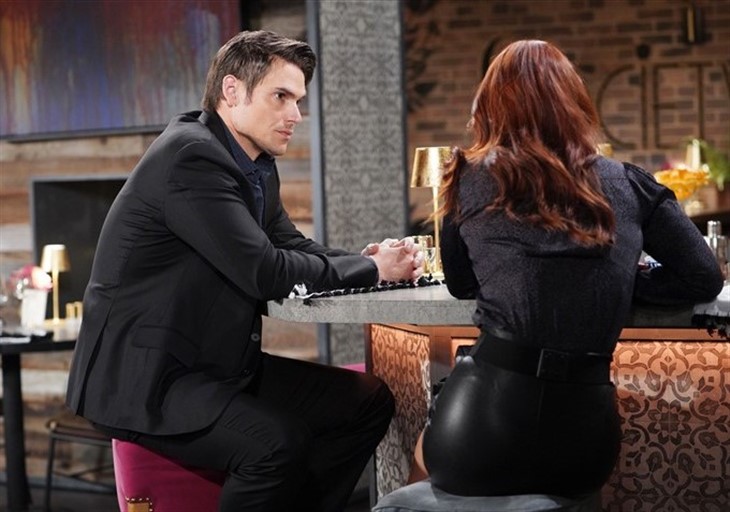 The Young and the Restless spoilers document that Adam Newman (Mark Grossman) is heavily influenced by his new love, Sally Spectra (Courtney Hope). She enables his grandiose hope of taking over for his sister as the Ashland Locke (Robert Newman) saga explodes in Genoa City, Wisconsin.

Victor Newman (Eric Braeden) is glad that his youngest son turned the corner last year and no longer seeks to disrupt the family for sport. The Moustache was impressed with the moves Adam made while running Newman Media, but he kept a close eye on him during the short run of that novelty business.

Sally is not someone Victor trusts. Adam’s choice to couple with Sally served to degrade his father’s confidence to a greater degree.

The Young And The Restless’ Spoilers: Jack Refuses To Quit – Allie’s Reaction Justified

The Young And The Restless Spoilers – Confidence In Adam Newman?

On the one hand, Victor can not be too harsh in handling Adam. The road they have walked back together has been long.

The incredible reveal in the recent past, regarding Adam having shot and killed a man in defense of his mother, Hope Wilson (Signy Coleman), when he was young, served to eventually restore the father-son bond. Neither man wants to break their connection again.

Among all his children, Adam most closely matches Victor’s ruthless business approach. That is a major plus in Victor’s mind.

However, Adam has often gone off-course during past couplings. Chelsea Lawson (Melissa Claire Egan) and Sharon Rosales (Sharon Case) are the two most prominent women in that regard. His latest choice, Sally, spells trouble, with Victor not trusting how Adam will perform as a result.

Victor does not trust Sally. So, it seems likely that he will not entrust Adam with any major responsibility shortly.

But if Victoria either breaks from Victor or is temporarily incapable of functioning effectively, based on an Ashland attack or fallout, then Adam might become a default option to run a restored Newman Enterprises.

The Young and the Restless POLL: Does The Show Need Victor Newman? #YR #YoungandRestless

The Young And The Restless Spoilers – Sally Spectra Does Care

Sure, Sally sees Adam as someone who can help her secure a top spot in GC society. But she also appears to genuinely care for him. He has fallen for her, no doubt.

She has Adam’s back. There are no other competing male interests for Sally’s attention, which means that she will likely stick with him to the end of wherever this pairing leads for both parties.