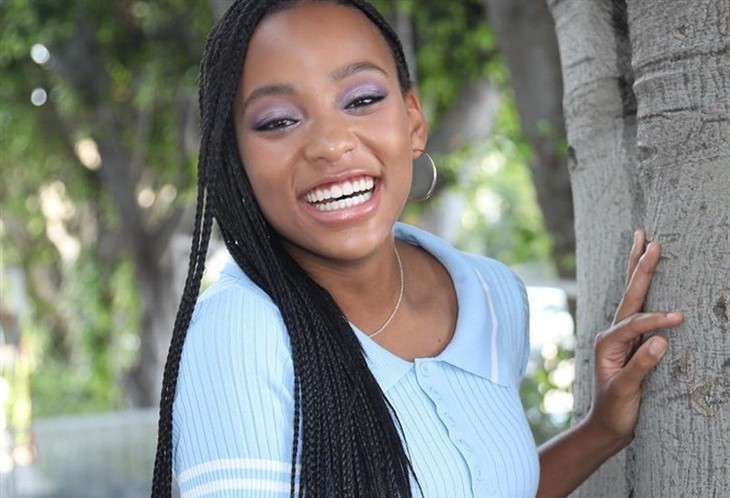 General Hospital spoilers reveal a final goodbye on the soap on March 17. When Trina tells Spencer that he needs to dump Esme, that’s the last time Sydney Mikayla will be playing the role.

General Hospital Spoilers – Sprina Will Get A Different Look

Earlier in March, Sydney Mikayla announced her General Hospital exit. She’s leaving the soap she has called home for three years so she can focus on being a college student at UCLA. She wants to concentrate on her studies and have the full college experience. While her young teen scene co-stars are also in college now, they have not yet opted to leave GH.

Actress Tabyana Ali will be taking over the role later this month and Sprina will continue, but just have a different dynamic now that there will be a different actress. GH fans have already been welcoming to the new young cast member on social media.

Nicholas Chavez, who plays Trina’s love interest, Spencer Cassadine, has nothing but good things to say about Sydney Mikayla in the March 29 issue of Soap Opera Digest.

“She’s just a rock star,” Chavez said of Mikayla. “It’s been an utter pleasure to share the screen with her and I wish her nothing but continued success and happiness in everything she does.”

He also added that their last scenes were very emotional to play as Trina visited Spencer at Spring Ridge, but he is also being welcoming to Tabyana Ali.

“Sydney brought something amazing to the role and is truly unique,” he said. “But as a recast myself, I know that when you’re coming into this, you try so hard to make things work. I think the new Trina is going to knock everyone’s socks off. She’s an incredibly talented actress, a very friendly person, and I think the fans are going to be really excited to see the progression of the Sprina storyline.”

That storyline is about to get a lot more complicated as crazy Esme Prince (Avery Pohl) tries to seduce Nikolas Cassadine (Marcus Coloma) and is still trying to make everyone believe it was Trina who recorded Josslyn Jacks (Eden McCoy) and Cameron Webber (Will Lipton) having sex for the first time and blasting it all over the internet. Stay tuned to General Hospital weekdays for more Peter-less days ahead.