The Bold And The Beautiful’ Spoilers: Ridge Can Not Go Back – Taylor Reunion Destined? 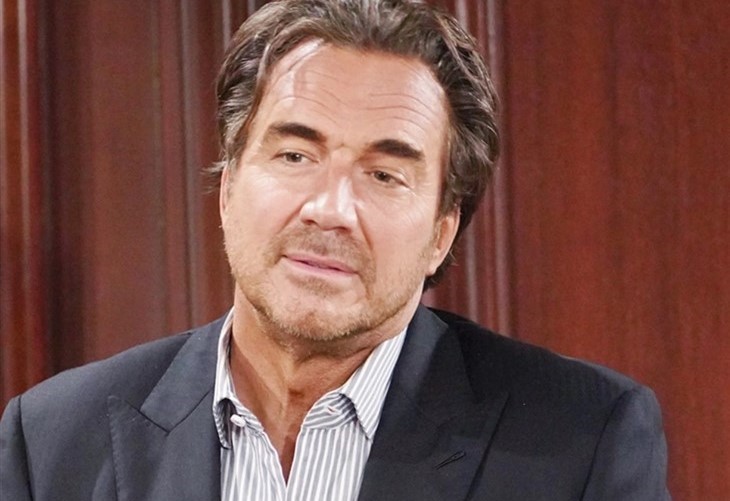 The Bold and the Beautiful spoilers document that Ridge Forrester (Thorsten Kaye) is emotionally exhausted. He does not blame his wife for all that has happened. Instead, Ridge appears to see Brooke Logan Forrester (Katherine Kelly Lang) as having a character flaw that she can not fix.

Repeated incidents of self-sabotage have blown up their relationships. But viewers recall Ridge marrying Shauna Fulton (Denise Richards) on the Las Vegas, Nevada strip. He also kissed Quinn Fuller (Rena Sofer) on the beach in the recent past.

As Deacon Sharpe (Sean Kanan) said, if Ridge truly loved Brooke, he would forgive her. But is it that simple?

The Bold And The Beautiful Spoilers: Ridge And Carter Overhear Thomas As He Talks To Sheila, He Quickly Covers

The Bold And The Beautiful Spoilers – Simple Conclusions For Complex Problem

Ridge believes that Brooke’s drinking on New Year’s Eve was a choice. It was not, as the viewers saw at that time in the plot and through repeated rehashings since.

Deacon is wrong in his assessment of Ridge. Brooke’s husband has demonstrated a great deal of compassion toward her, which reinforces the depth of his love.

Kaye’s character calmed himself down after beating on Deacon and has allowed time to pass. Ridge concluded that he can not handle the uncertainty that being with Brooke entails.

B&B Spoilers – Those In The Know Have Control

A strategy error happened when Thomas Forrester (Matthew Atkinson) forced the details out of Sheila. It seemed unusual that she would bend to Thomas’ pressure, considering that his threat to go to Ridge would not have been supported by any facts.

Steffy Forrester Finnegan (Jacqueline MacInnes Wood) appears likely to learn what her brother knows. That likely means she will talk to Sheila about it and gain some power of control over this information.

B&B Spoilers: Finn Tries To Calm Steffy About What Is Going On Between Thomas And Sheila https://t.co/yaZ7McsKyi #BoldTheBeautiful #Spoilers #BB pic.twitter.com/LEtn6i5cf2

Taylor Hayes (Krista Allen) was surprised when Ridge said Brooke offered him a divorce. Brooke’s defeat signal was clear, but fans saw Lang’s character tell Liam Spencer (Scott Clifton) that she decided to fight for her marriage after all.

While Ridge wants to go back to his old family, Taylor is looking for certainty. Ridge can not offer that yet, which is why Taylor hit the romantic pause button. But that barrier may soon come down, regardless of what Brooke wants.