The Young And The Restless Spoilers: Jack Leaves Door Open – What Does Allie Do Next? 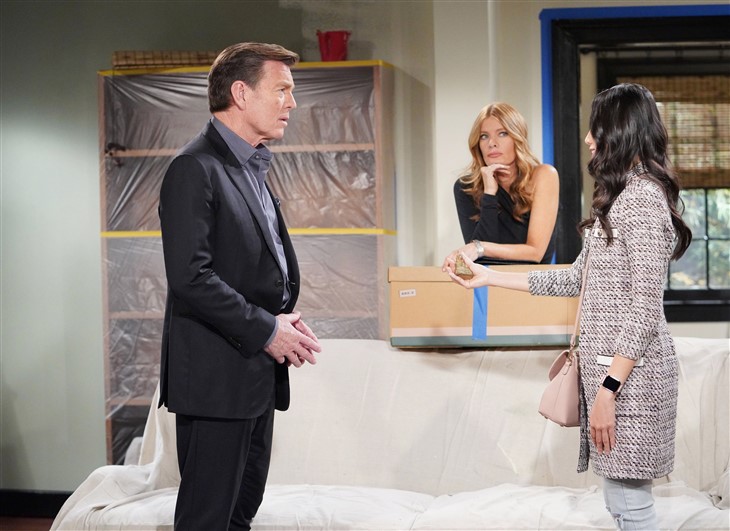 The Young and the Restless spoilers document that Jack Abbott (Peter Bergman) was deeply moved to learn that Allie Nguyen (Kelsey Wang) is his granddaughter. Thankfully, despite their just realized connection, both people are open to remaining connected.

Daytime is about drama. So, the unresolved questions about who sent Jack the text messages and how much Allie knows, but has not said so far, must be answered.

As for the late Keemo Volien Abbott’s (who changed his name to Hao Nguyen, as played Philip Moon) daughter, she is the newest member of the Abbott family. That hopefully means she projects into a long-term stay in Genoa City, Wisconsin.

The Young and the Restless Spoilers: Did Victor Set Up Ashland? – Everything Flips In Reveal

Allie is the daughter Jack never knew Keemo had. Allie’s biological status as Keemo’s child must be established, especially because of the various paternity issues that are part of the Abbott family’s soapy lore.

Assuming Allie is Keemo’s genetic offspring, she is an Abbott. That is monumental in Jack’s eyes and will be for his family as well.

Unless Keemo is somehow revealed to have not been Jack’s biological child, which is always possible because this is daytime, Allie’s existence will allow Bergman’s character to explore an area of his backstory that seemed impossible to explore.

Deja vu is in play for Jack, as he never knew Keemo existed until approximately two decades after Luan Nguyen (Elizabeth Sung) gave birth to him. That happened after Jack left Vietnam, where he represented the United States in the mid-1970s.

Luan later married and had a daughter, Mai Volien (Marianne Rees). Sung’s character eventually moved to Genoa City, Wisconsin, and opened a restaurant Christine Williams (Lauralee Bell) frequented. It was that chance connection that led to Luan and Jack reuniting and Bergman’s character learning he had a son.

Keemo was given up for adoption by Luan in Vietnam, with Moon’s character believing both his parents abandoned him. Keemo, Luan, and Jack briefly reconciled. Sung and Bergman’s characters married as well.

But Luan’s untimely death, due to terminal illness, provoked Keemo’s latent feelings of resentment. He felt that Jack should have told him Luan was dying. Jack learned about Luan’s illness by accident and then told Keemo.

The Young and the Restless Spoilers – What Was Keemo Volien Abbott Nguyen’s Connection?

Keemo broke contact with his father as the years passed, which Jack kept hidden from his GC-based family. Allie has answers about her mother. She has yet to offer much information but has not been pressed on it.

Her mother may be the person who sent the texts to Jack to reveal his granddaughter to him. But that seems like a sunny scenario and one that is too simple on Y&R.