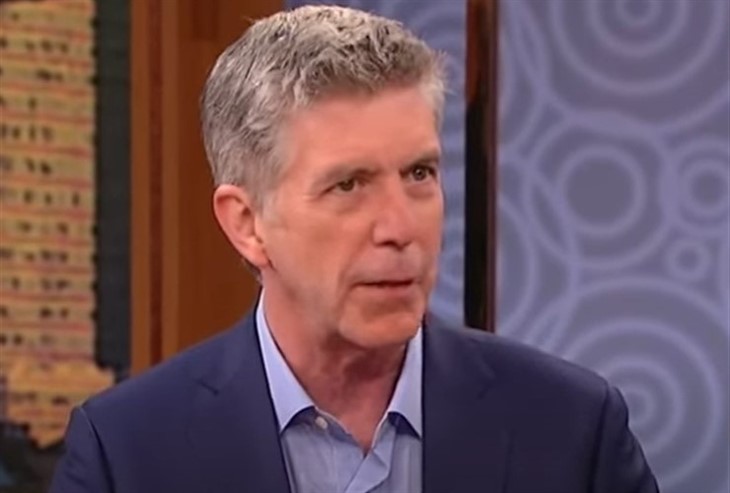 Dancing With The Stars fans hated it when Tom Bergeron unexpectedly got chopped from the show as host. Bear in mind, he’d been with the show since the beginning. Well, fans became even more unhappy when Tyra Banks took over. Now that his former boss,  Andrew Llinares also left the show unexpectedly, Tom had something to say about it on Twitter.

Dancing With The Stars – Fans Wanted Tom Bergeron Back

This time last year, the media made much of Tom and Erin Andrews reuniting for cocktails. It got a good response because their firing from the ABC show was still quite fresh in the minds of fans.

Eight months before, out of the blue, they heard they were out. Fans hated the way it all happened and they took to social media to beg the network to bring them back. But, to no avail.

Clearly, Tom Bergeron’s boss on Dancing With The Stars, Andrew Llinares didn’t fight for Tom to stay on the show. Well, now he’s also out, Tom gets the last laugh. According to Deadline, despite the popularity of Season 30, which was won by Iman Shumpert, ratings were down.

Well, not everyone cheered the outcome and a lot of critics on social media felt the show is way too predetermined when it comes to the winners. Anyway, for whatever reason, Andrew is out.

Dancing With The Stars – Tom Seemed To Take His Firing Well

While Tom had every reason to hate that he was fired, it came so suddenly, he didn’t have time to feel uncomfortable with his last season. So, he hoped that fans would still continue to watch the show.

Speaking with Bob Saget he said, “I wasn’t surprised that that was my last season, so there was no blue period. Actually, I think Erin and I had more fun being fired than virtually anybody.”

However, it seems that somewhere inside, his firing rankled and still does. When Deadline revealed that Andrew had also lost his job, a fan questioned the former host of Dancing With The Stars about it.

Dancing With The Stars fans took to the comments section and had their say. One tweet read, “People who make false promises and double cross others NEVER win!”

Survivor 42 Spoilers: Castaways Spill Clues To Who Could Get Voted Off Next! https://t.co/ieBOnsYlRk #News #NighttimeTV #RealityTV pic.twitter.com/ErnmefFtxi

Meanwhile, another fan declared, “Haven’t been able to watch since Tom’s been gone. Cringe fest.”

This comment also arrived: “Not pulling any punches there, Tom. Love it!”

Be sure to catch up on everything happening with the ABC cast right now. Come back here often for more Dancing With The Stars spoilers, news, and updates