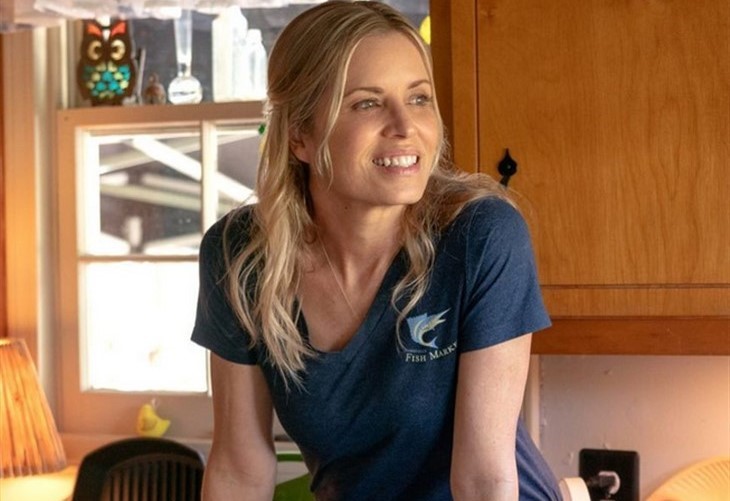 Fear of the Walking Dead spoilers and updates tease that Madison Clark survived the fire at the stadium. Kim Dickens is set to reprise her role as Madison in the second half of the show.

Fans may recall that Kim Dickens joined the cast of Fear of the Walking Dead in season one. Since her debut as Madison Clark, her character became a fan favorite and stayed on with the show until the first half of season 4. She sacrificed herself and set the zombies in the stadium on fire. Viewers believed that she died that day but that may not be the case.

The Walking Dead: Jeffrey Dean Morgan Shocked Over The Announcement Of Spin-Off

In a trailer released by AMC, Dickens reprises her role as Madison. In the clip, it can be seen that Alicia moves on with her life and fights for her survival even after cutting off her arm in a bid to save herself from the effects of getting bitten by a walker.

The second half of the seventh season is set months after the nuclear blast. During this time, Strand ( ) has built his own kingdom where he decides who lives and who dies. Madison will be in someone’s custody. A person asks for her name through a loudspeaker. She answers Madison but the person on the other end of the line said “not anymore.”

Last year, it was announced that Fear of the Walking Dead will get a spin-off. The new series titled Dead in the Water, is set aboard the USS Pennsylvania submarine before the nuclear zombie apocalypse.

It’s been revealed by ComicBook that the upcoming series will make its debut on AMC+ this coming Sunday, April 10. Nick Stahl will reprise his role as Riley. The series will follow his story as he fights for survival as his crewmates aboard the submarine start to turn without any known explanation.

Dead in the Water is only one of the most recent additions to the TWD Universe. Earlier this month, The Walking Dead fan favorites Maggie (Lauren Cohan) and Negan (Jeffry Dean Morgan) will have a spin-off titled Isle of the Dead. Aside from that, Tales of the Walking Dead is also expected to premiere later this year.